With very little prep time and a mouth-watering presentation, these S'mores Chia Pudding Parfaits (vegan) will be your new favorite breakfast! 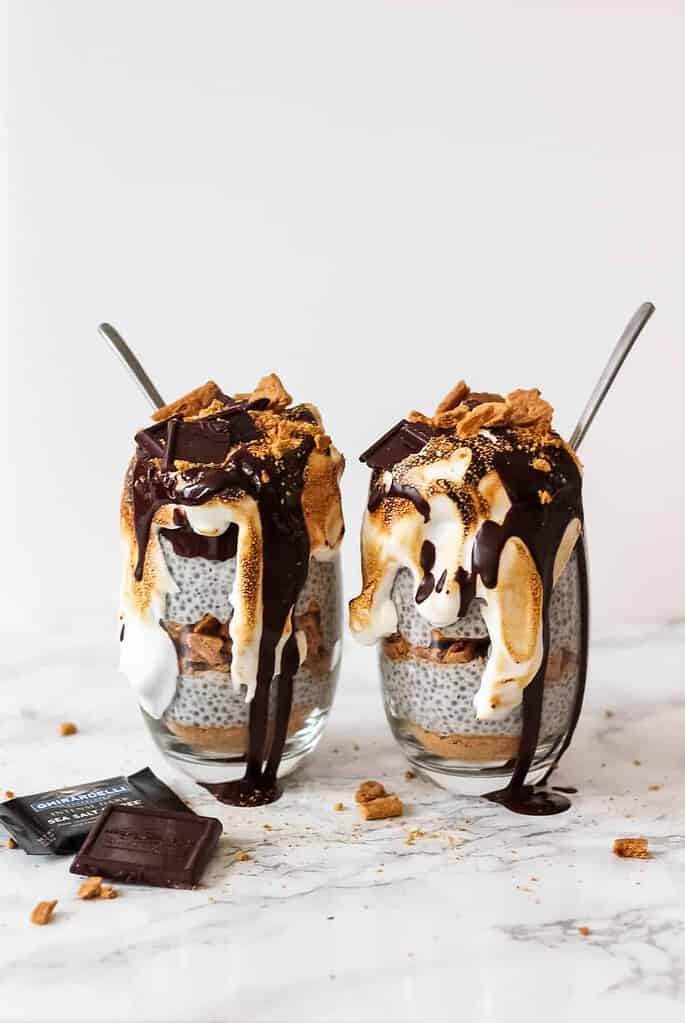 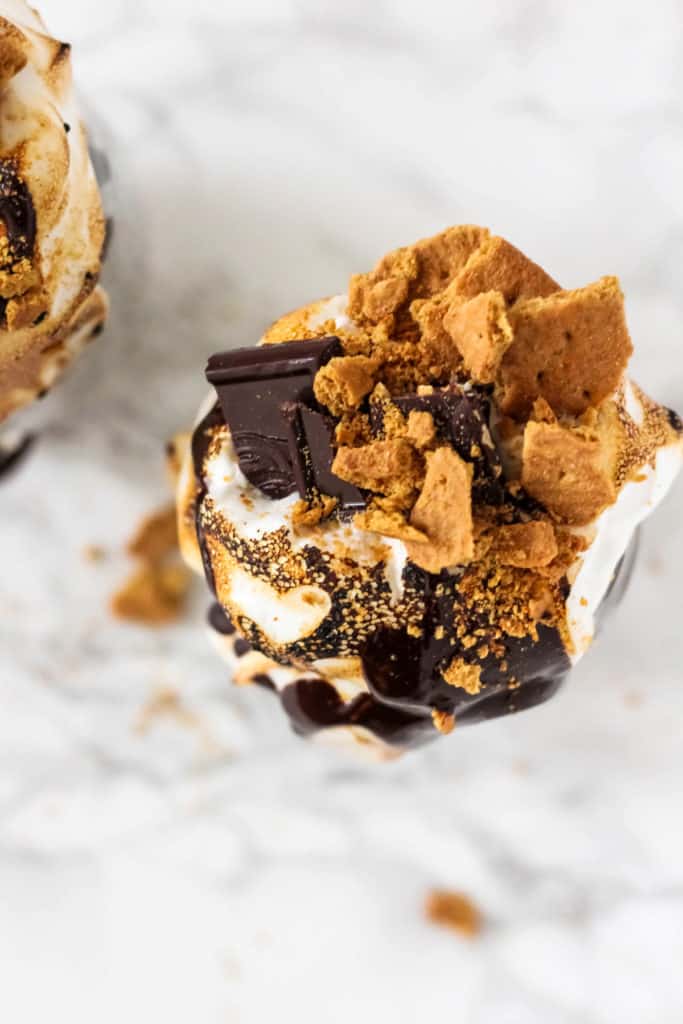 So, it's only acceptable that we celebrate. 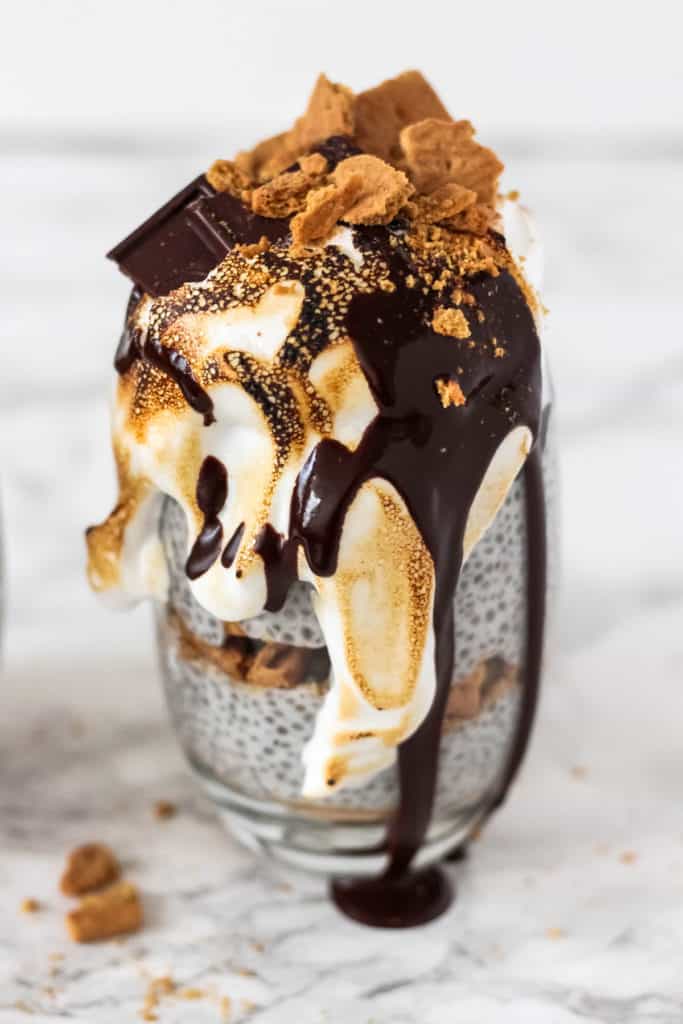 Because that's the right thing to do.

Chia puddings are one of my favorite easy make-ahead breakfasts. I like to make a big batch and have it through out the week. Plus its very versatile. You can top it with whatever you want - fruit, nuts, granola, or in this case graham crackers, marshmallow fluff, and chocolate! 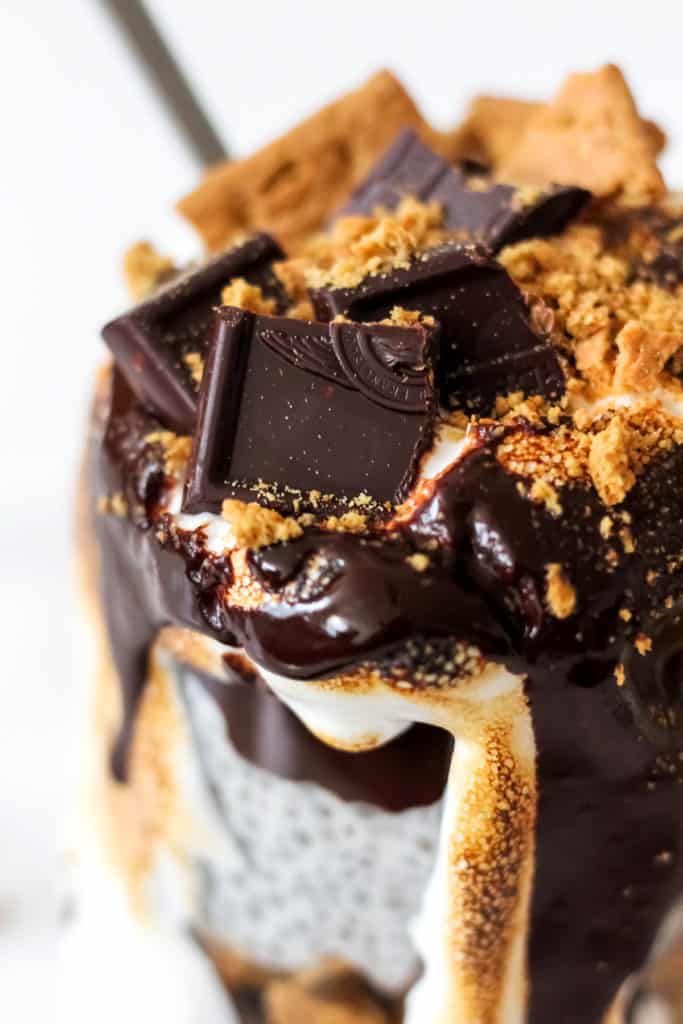 &&, if you are a creature of habit and don't like to switch up your usual breakfast, these chia pudding parfaits make a great snack or even dessert. 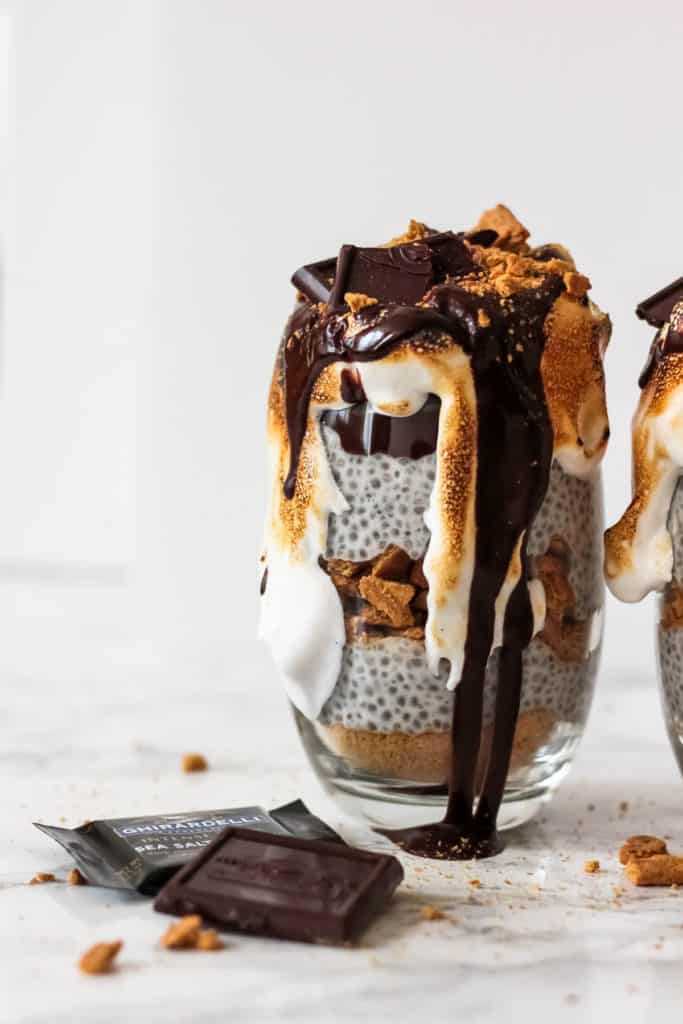 I like to make my chia pudding with half coconut milk and half almond milk. Using only coconut milk makes too thick of a pudding for me and only almond milk is a little too runny for my taste. So, 50/50 is what I like to stick to.

TIP: make the chia pudding at least 2 hours ahead of time, or preferably the night before. The longer the chia sits in the milk, the seeds gelatinize and get softer. 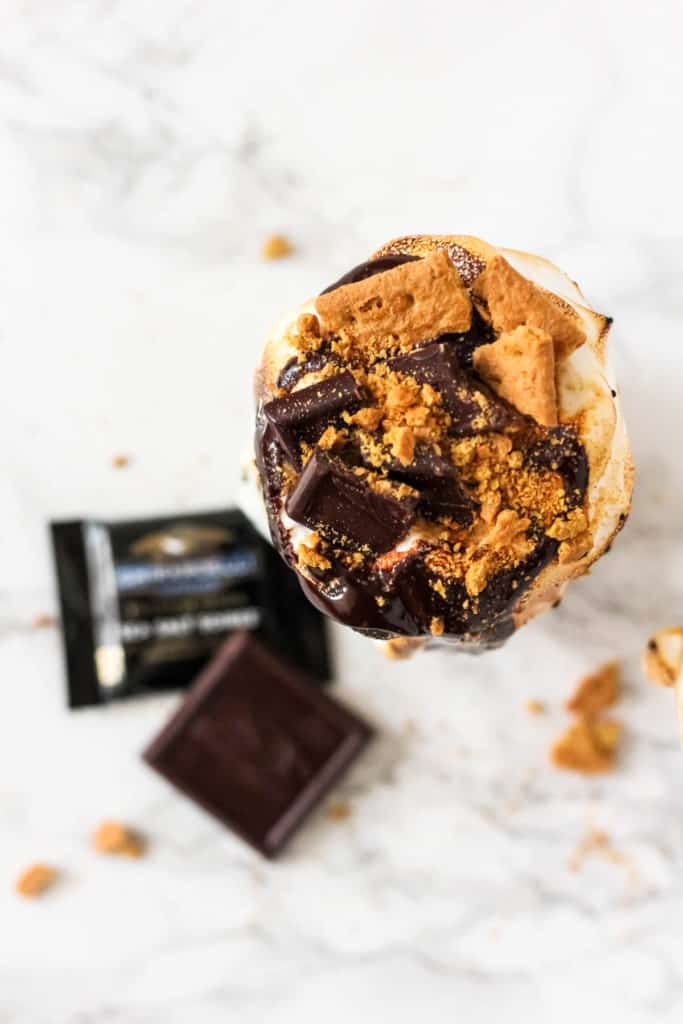 Then, comes a quick chocolate sauce made by mixing coconut oil, cocoa powder, and a little maple syrup. 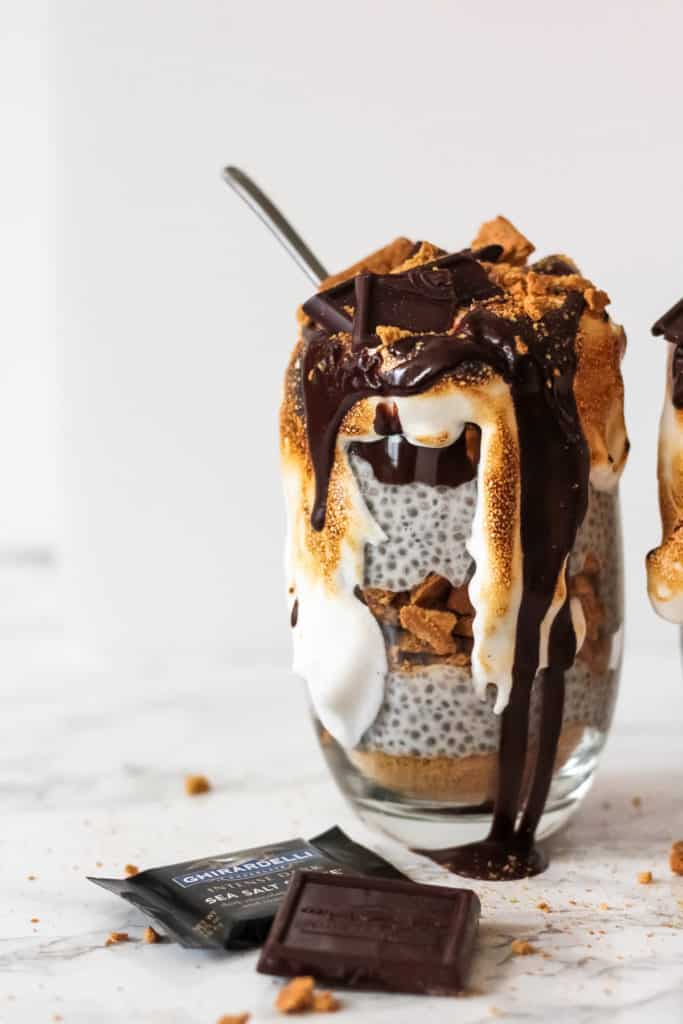 And finally the marshmallow fluff. This was my first time making VEGAN marshmallow. I was very skeptical about it because it is made from chickpea brine, or aquafaba. Once I made it, I was shocked that it actual works and it tastes like marshmallow. I was so excited, I had to FaceTime my mom to show her that the water from cooked chickpeas, aka the stuff we have been pouring down the drain, can turn into this magical, light fluff.

All you have to do is whip the chilled liquid, then pour in some sugar and a little arrowroot starch or cream of tartar. After about 10 minutes of whipping, you are left with beautiful glossy white "marshmallow" fluff. 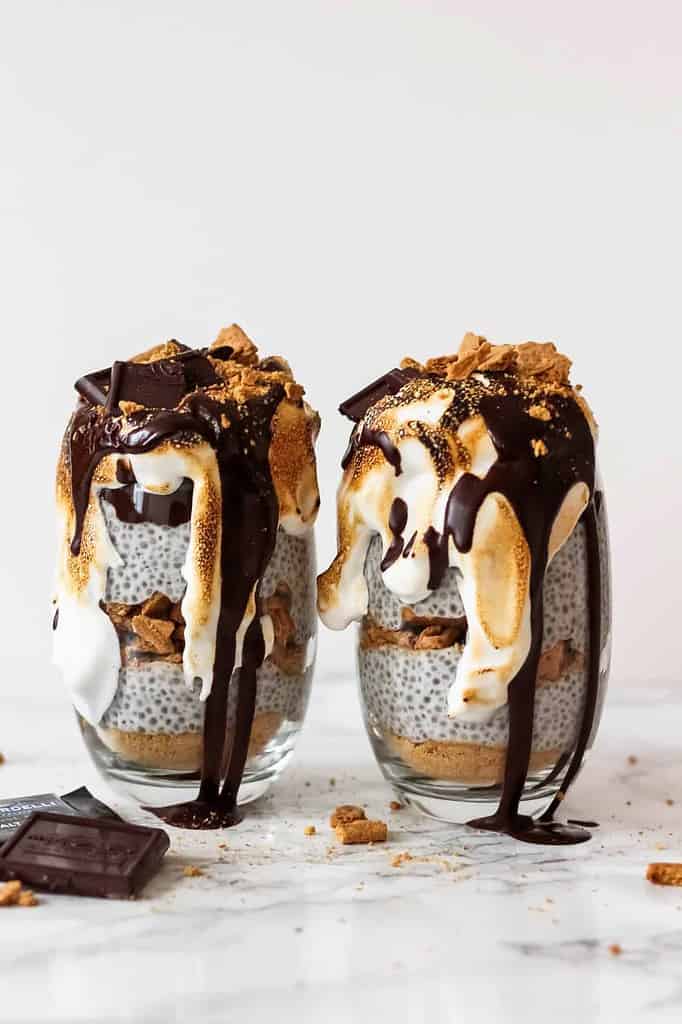 The s'mores chia pudding parfaits are completed with a heaping spoonful or this magical fluff. I used my kitchen torch to give it a toasted marshmallow feel.

Topped with a few more graham cracker crumbs and a piece of Ghirardelli Intense Dark Chocolate Sea Salt Soiree, we have created a chia pudding masterpiece. 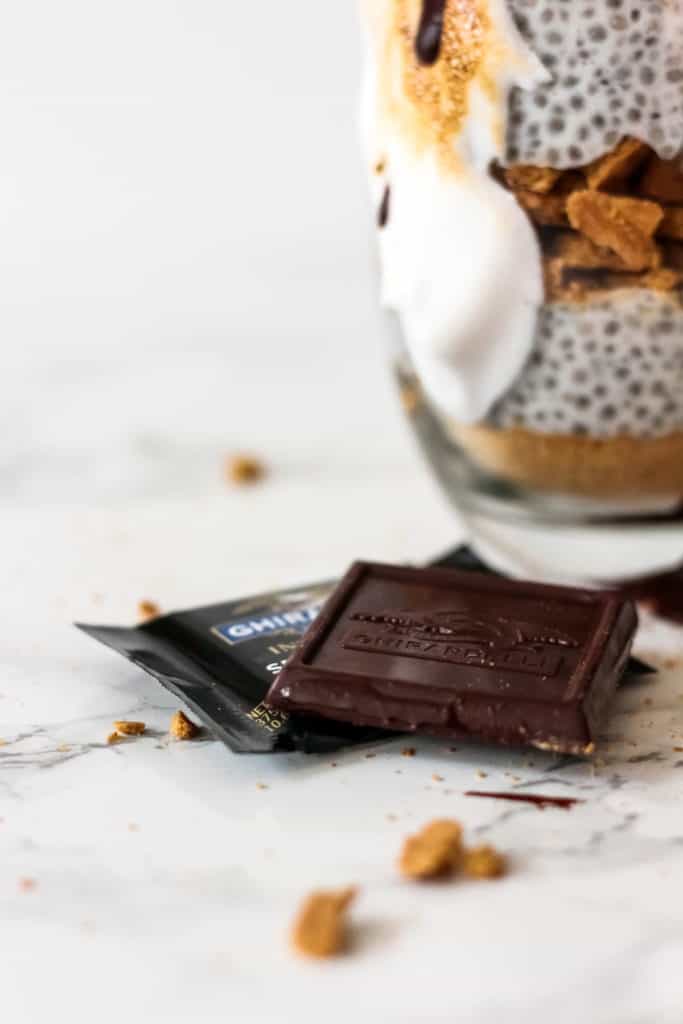 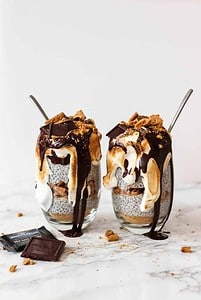 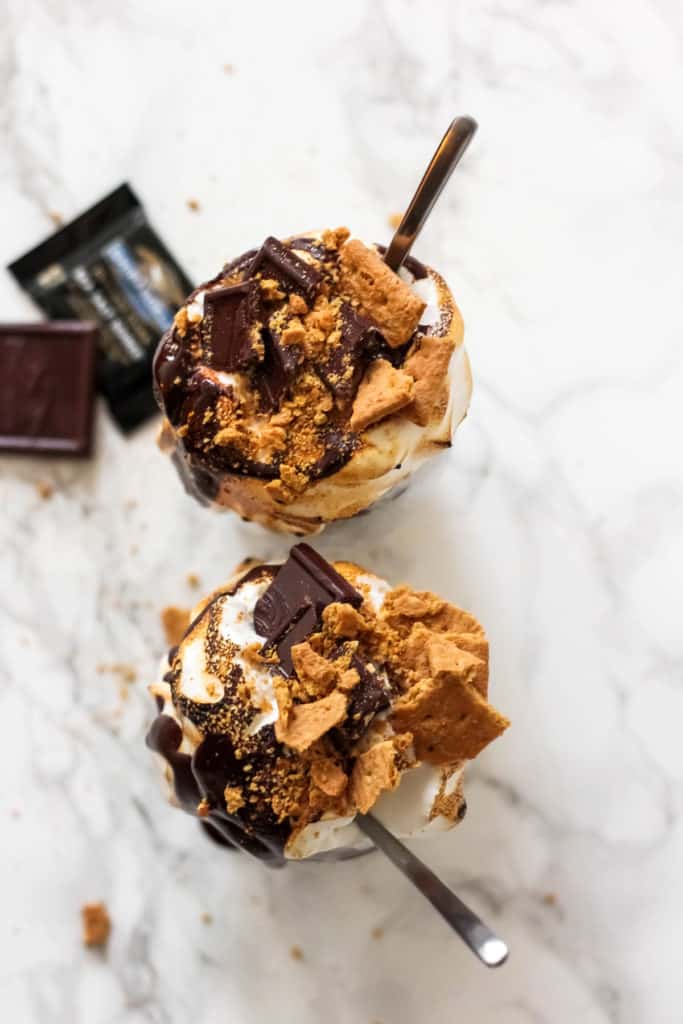 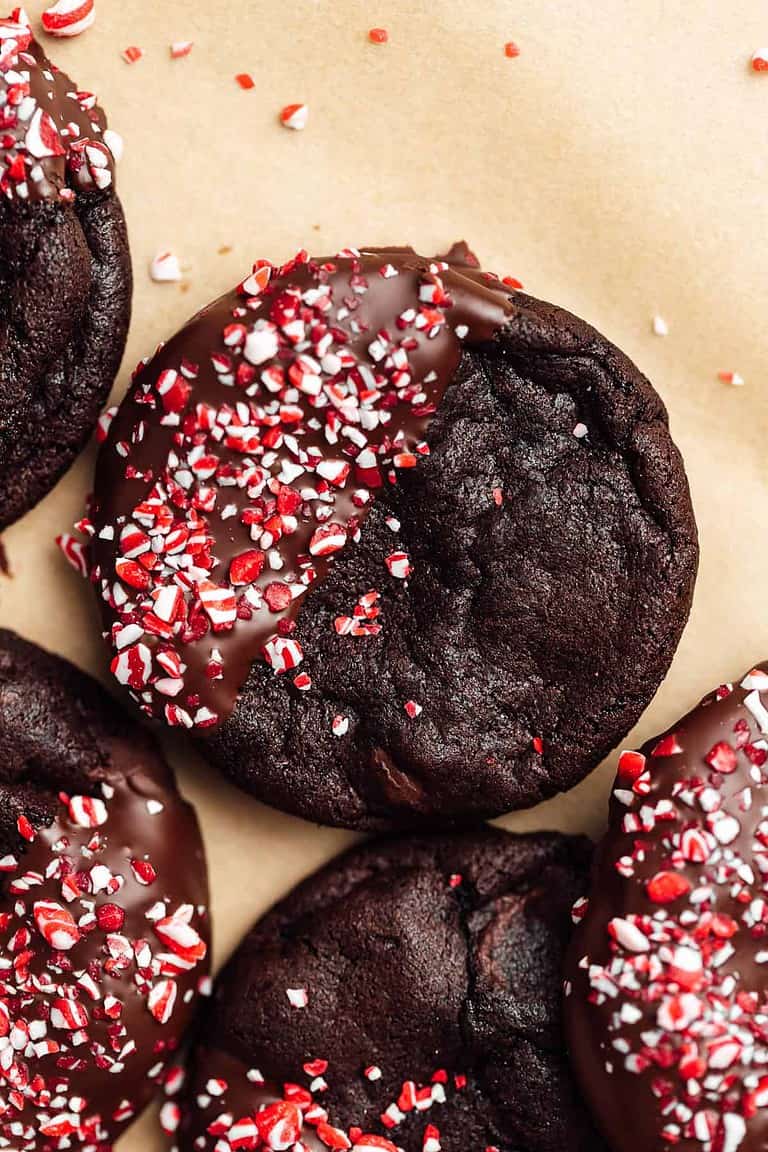 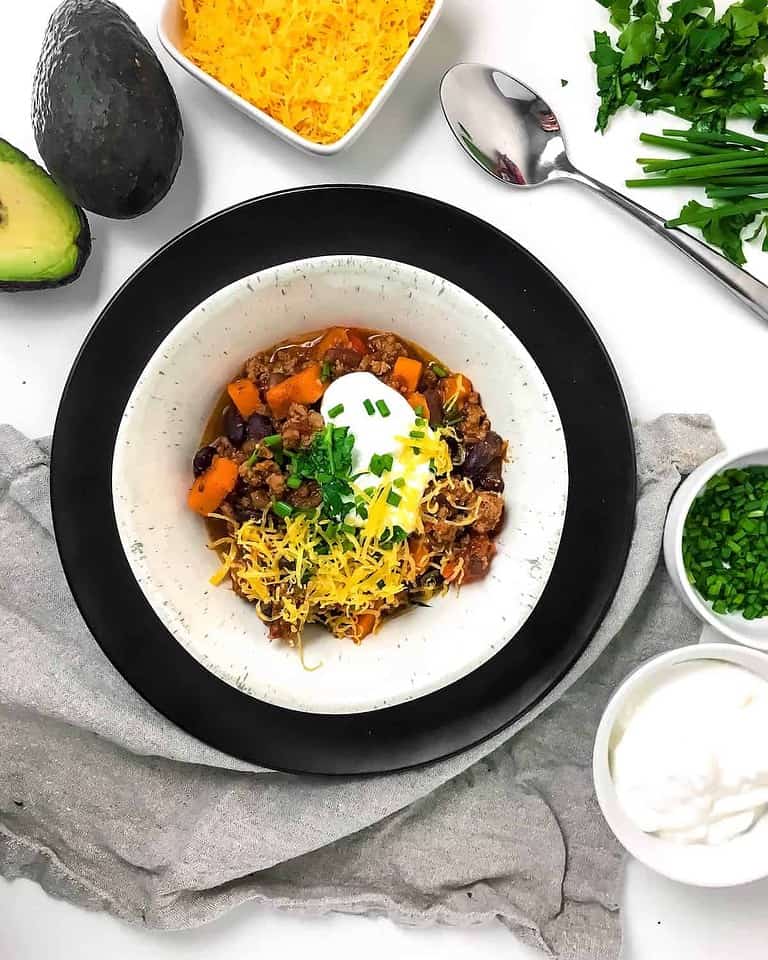 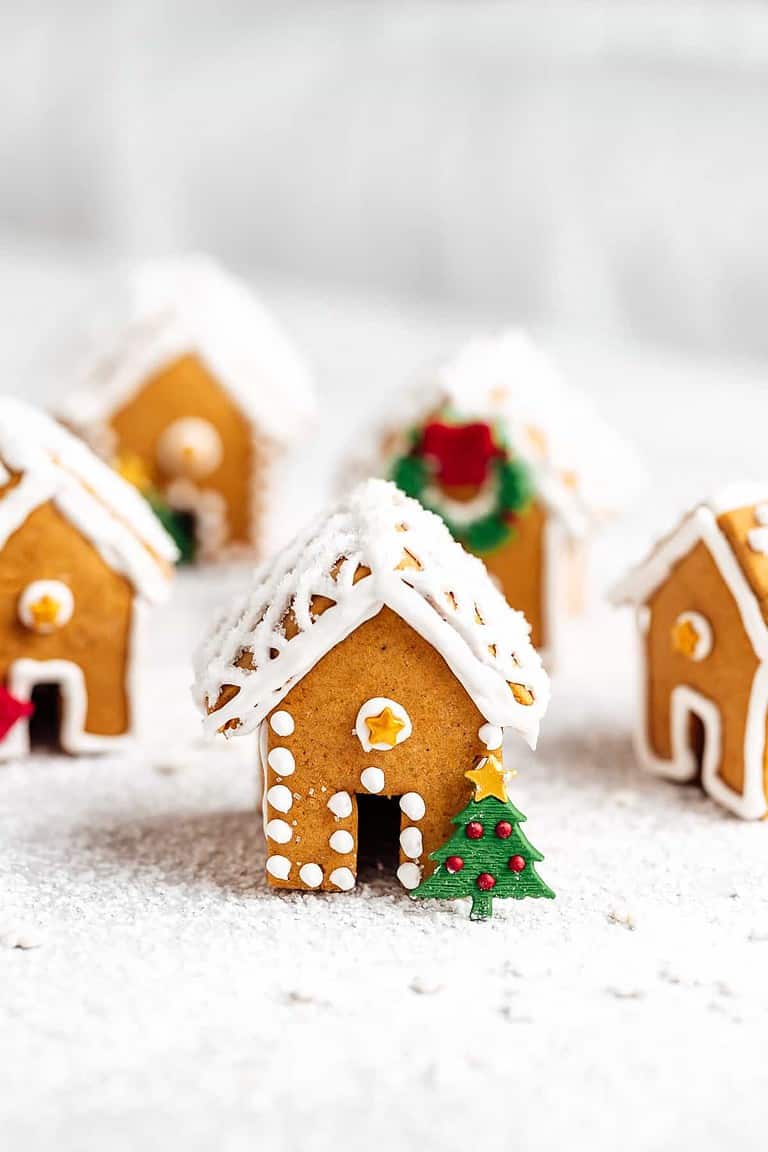 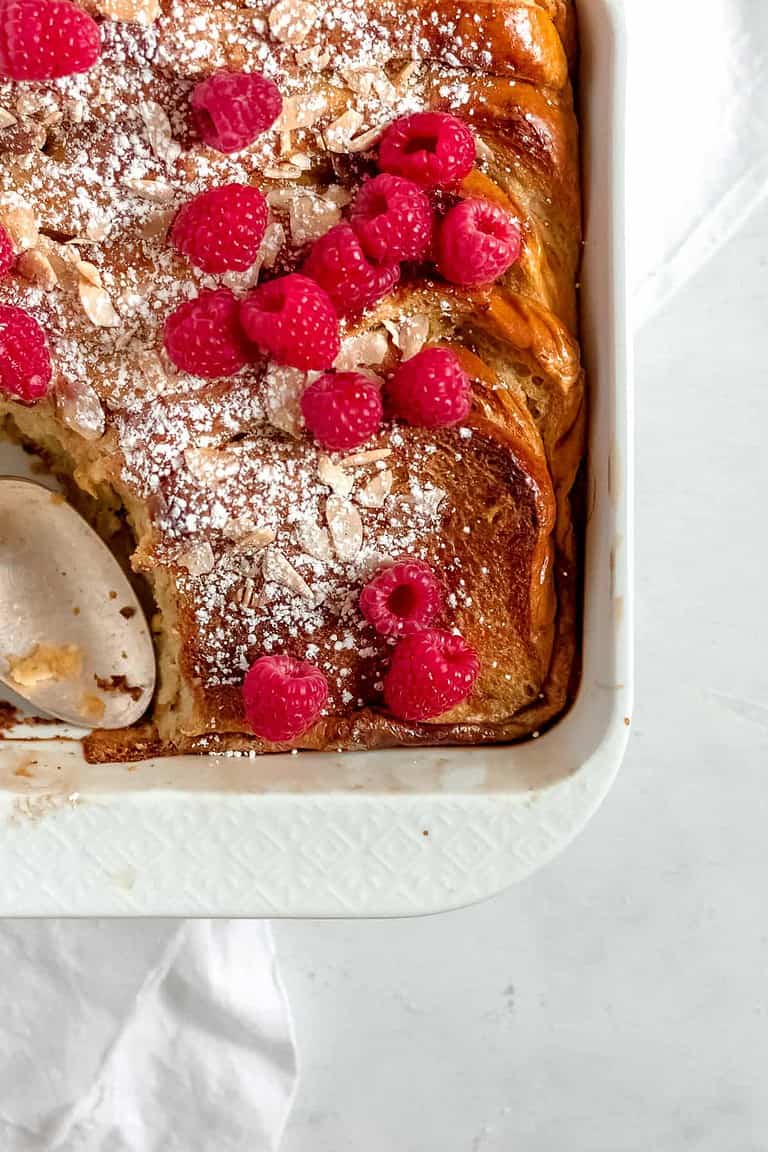 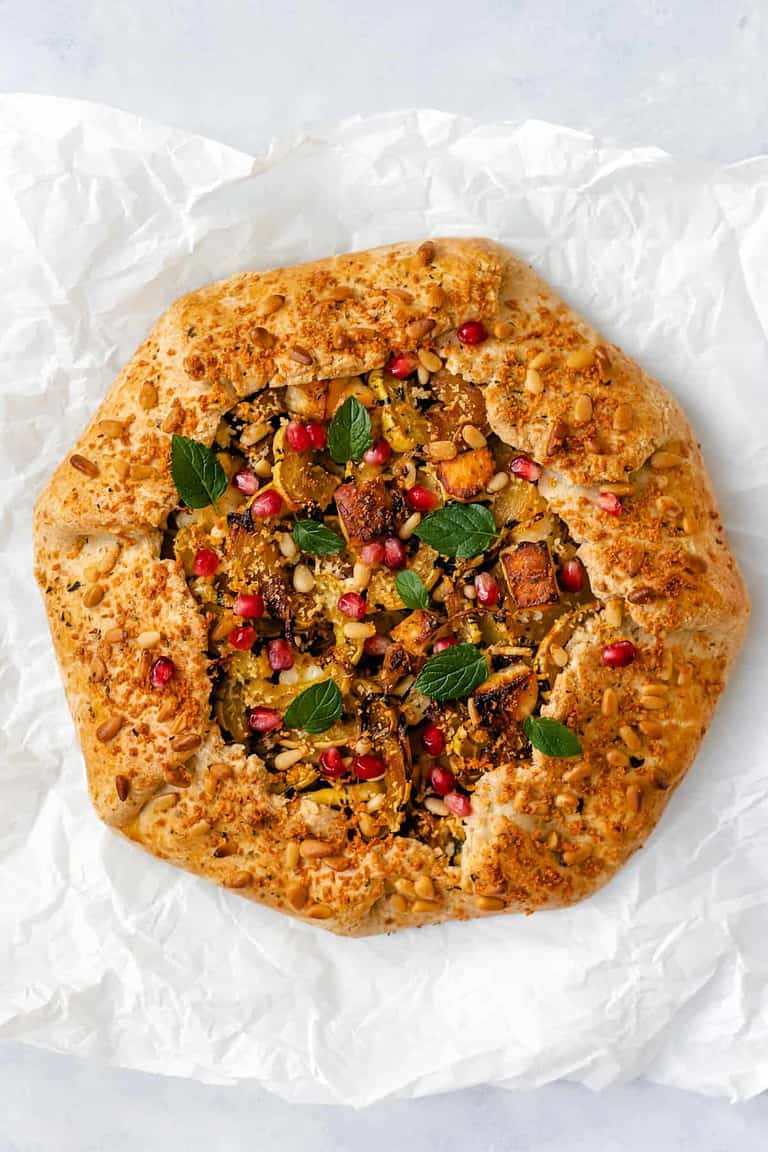