Traditional Cypriot keftedes (meatballs) are lightened up by baking instead of frying. Served with bulgur pilaf and Greek yogurt - a delicious meal that the whole family will love! 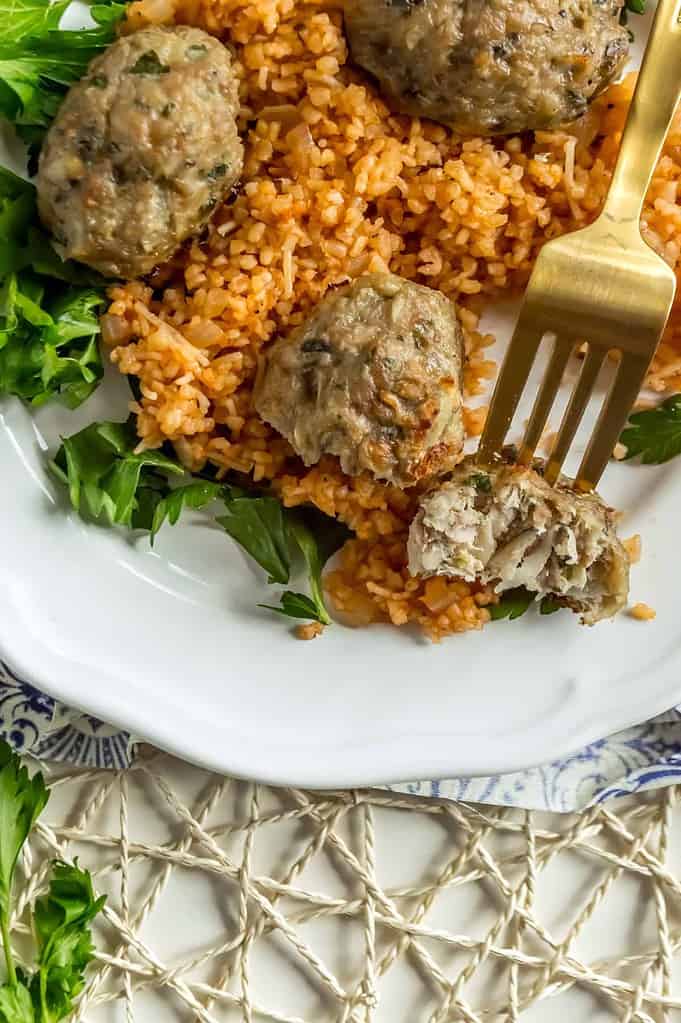 Meatballs are a popular dish all around the world. Every country and culture has their own special way of preparing them. Each country uses different types of minced meat and spices and cooks them in various ways - frying, baking, steaming, or braising in a sauce. 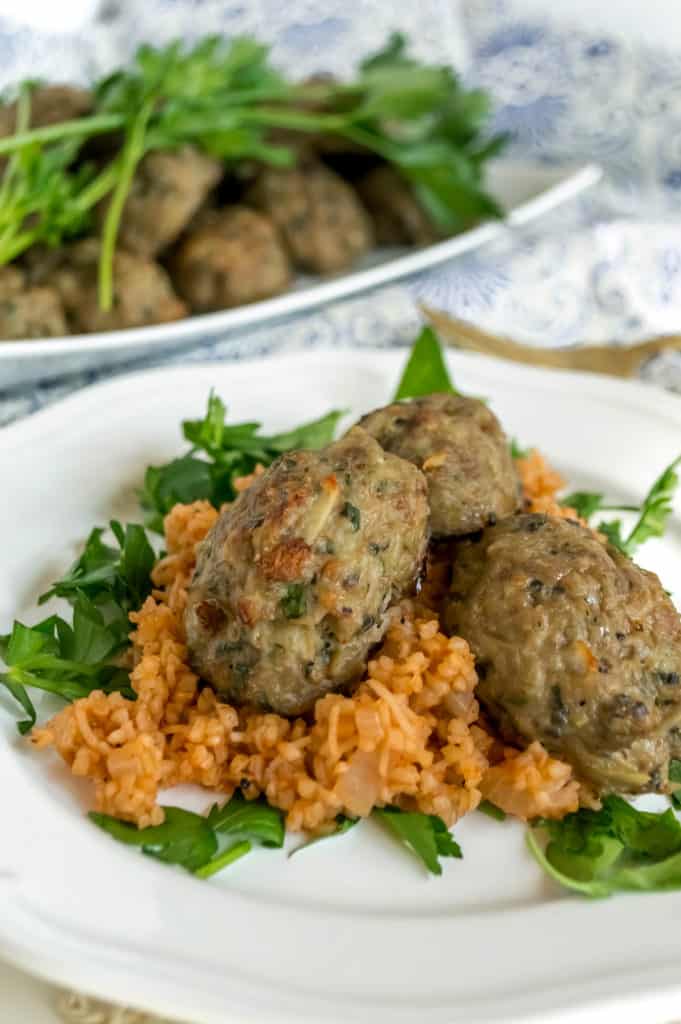 I grew up eating keftedes (the Greek version of meatballs). Every family has their own recipe and the spices change depending on what area of Greece they come from. Greek meatballs are made with beef and use bread soaked in water or milk. They are usually seasoned with oregano and onion or garlic. 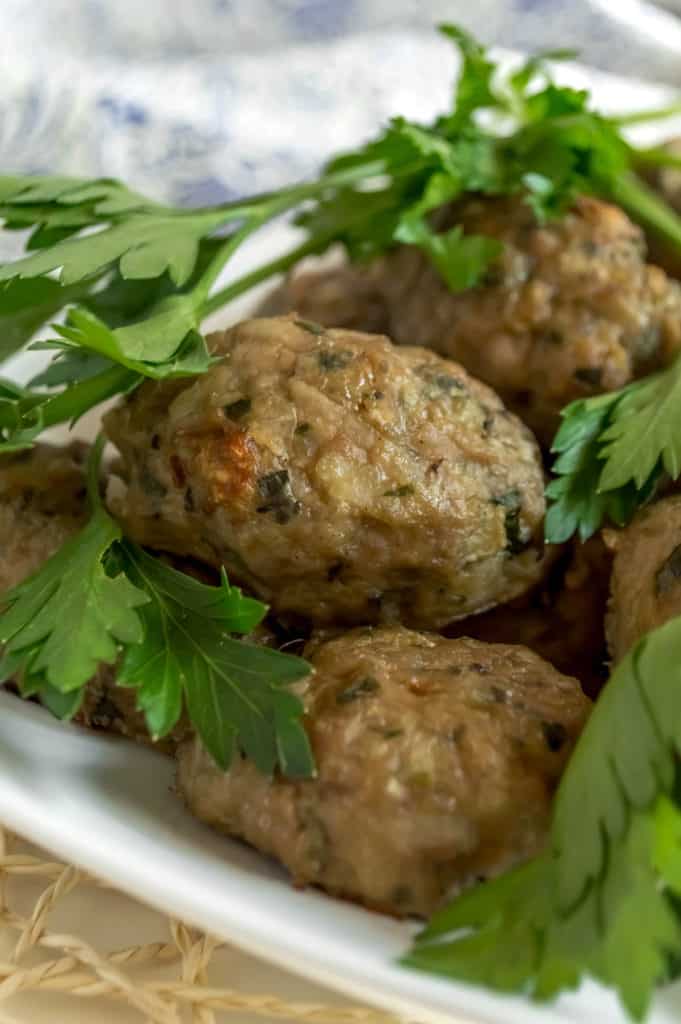 Since my Mom is from Cyprus, whenever she made keftedes, it was usually the Cypriot version. Cypriot meatballs are always made with ground pork (sometimes a mixture of pork and beef is used) and grated potato. They are seasoned with a lot of fresh parsley and the tradition flavors of Cyprus: cinnamon and mint. Traditionally, they are fried which creates a perfect crispiness on the outside and a light and fluffy interior thanks to the grated potato. 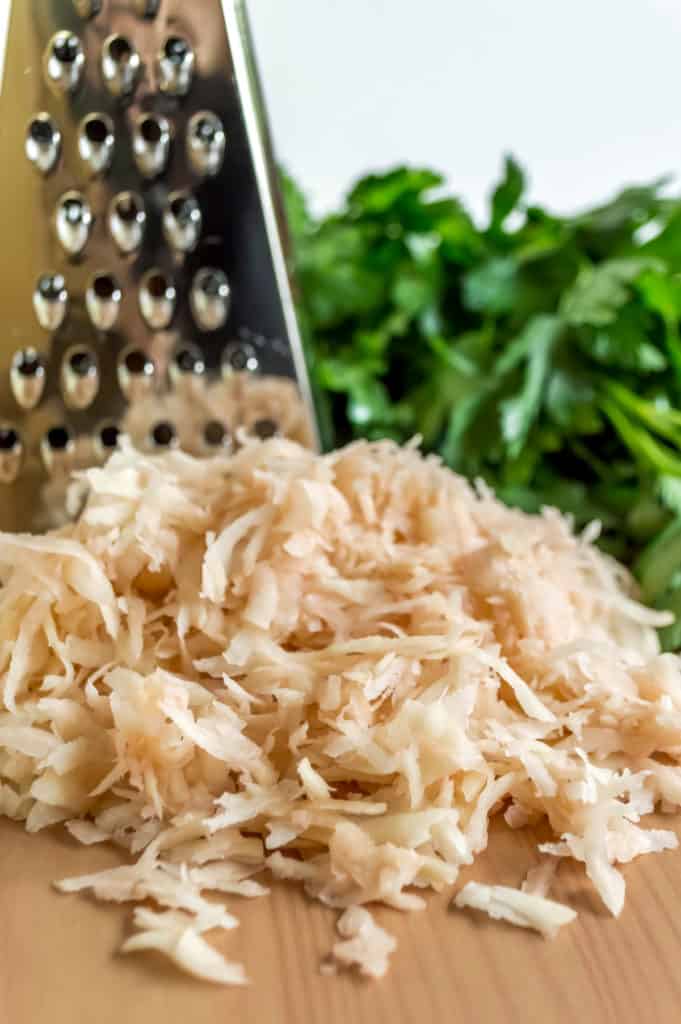 Growing up, keftedes were always a family favorite and a summer staple. They bring back memories of spending my summers in Cyprus as a kid and eating keftedes with yogurt for lunch after a swim at the beach. 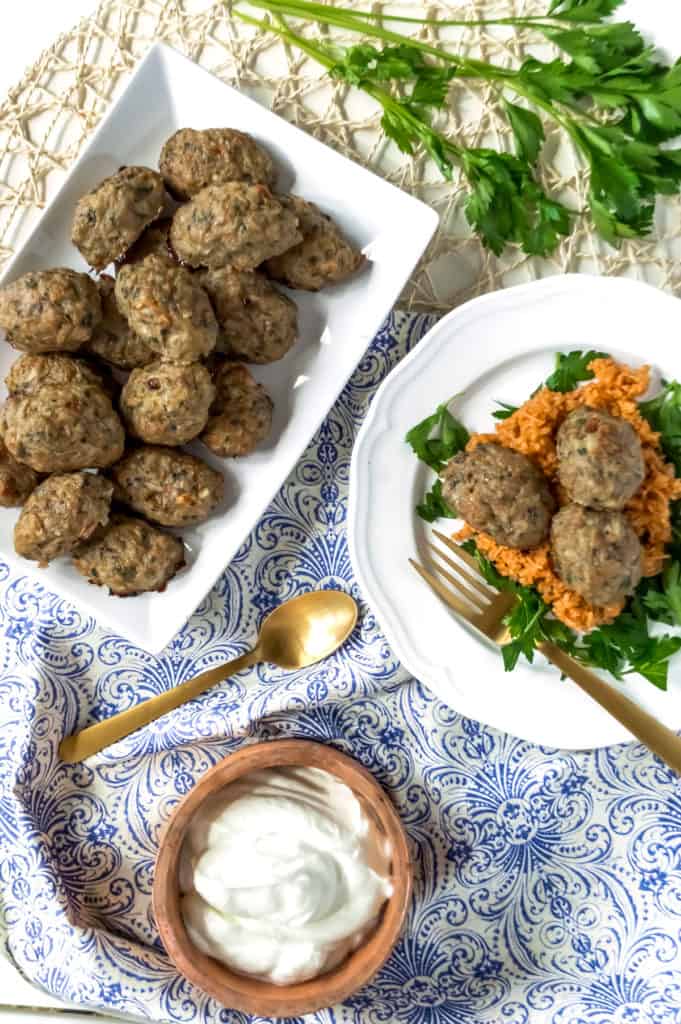 I remember standing in the kitchen with my sisters and cousins impatiently waiting for the keftedes to cook. The whole house full with the most delicious aroma from the fresh herbs. We would grab them from the platter just to "give them a taste" and before we knew it, we each had eaten about 20 meatballs. 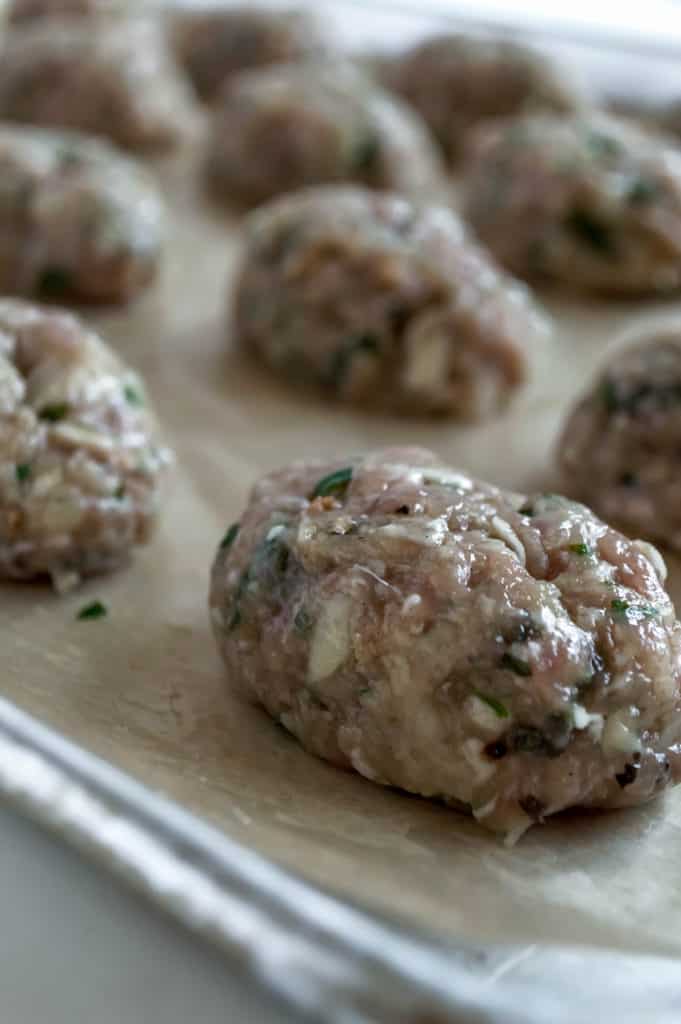 Since they are fried in olive oil, keftedes aren't the lightest option for a summer meal. For as long as I can remember, my mom always cooked health-conscious meals so she usually bakes the meatballs instead of frying them. 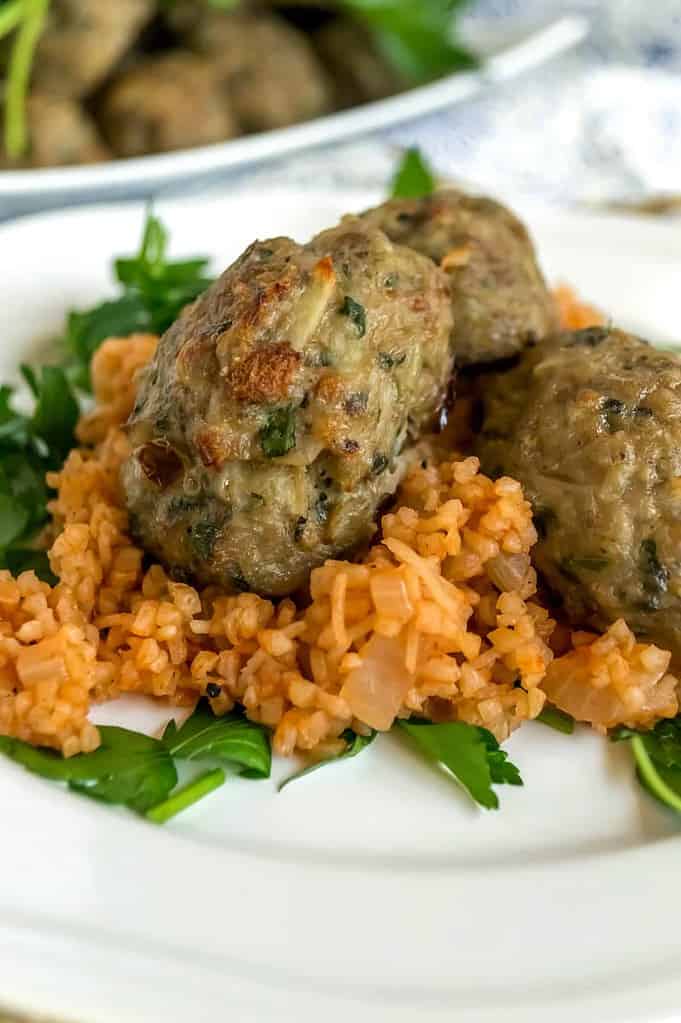 She always makes them with bulgur and serves them with yogurt or lemon. They are also great with tahini and a fresh Cypriot salad. They are best served warm or room temperature but are great cold too. 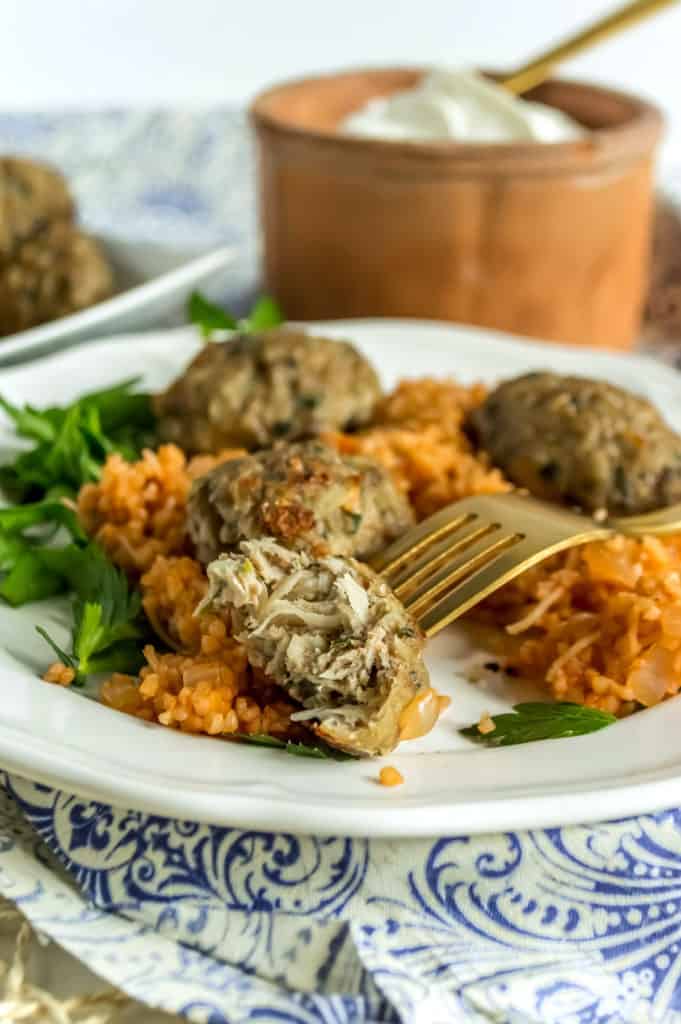 And they make the best midnight snack. No one will notice if a few are missing from the fridge the next day. 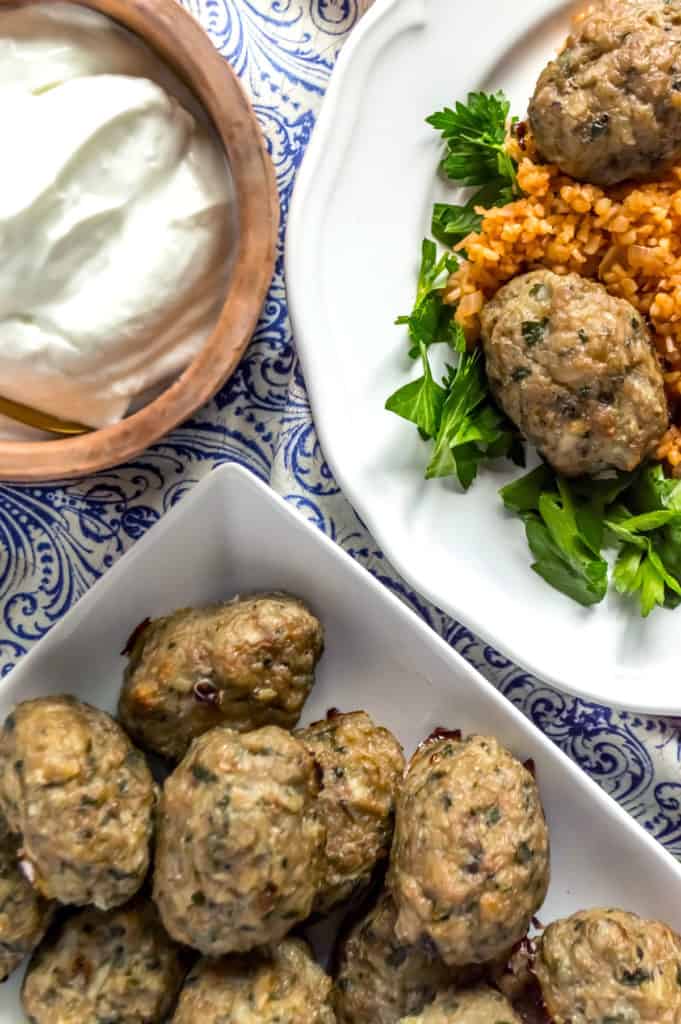 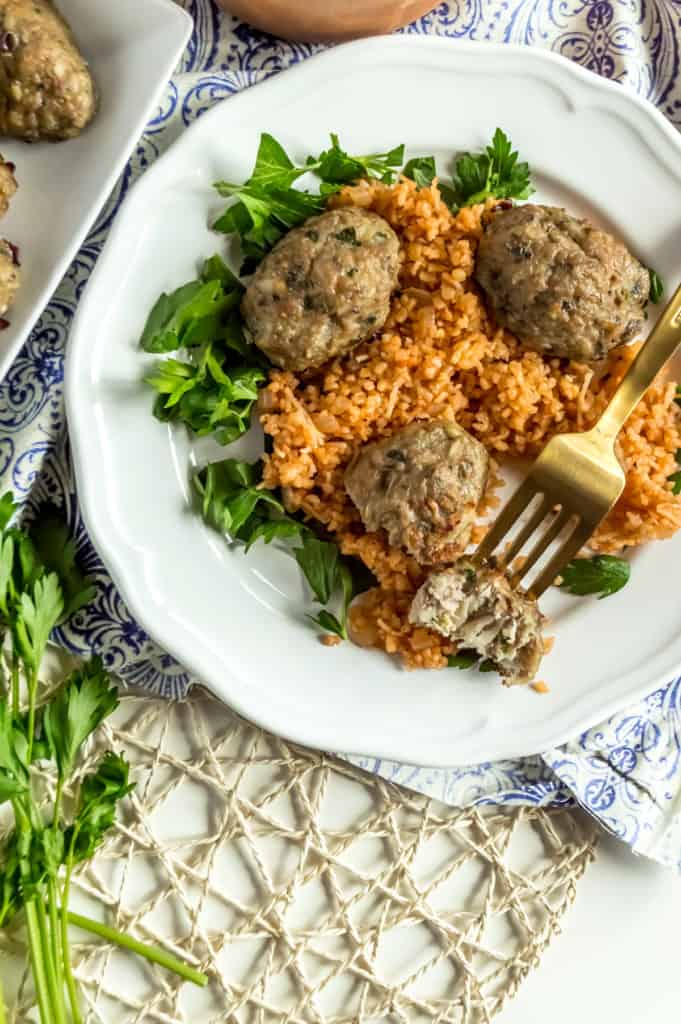 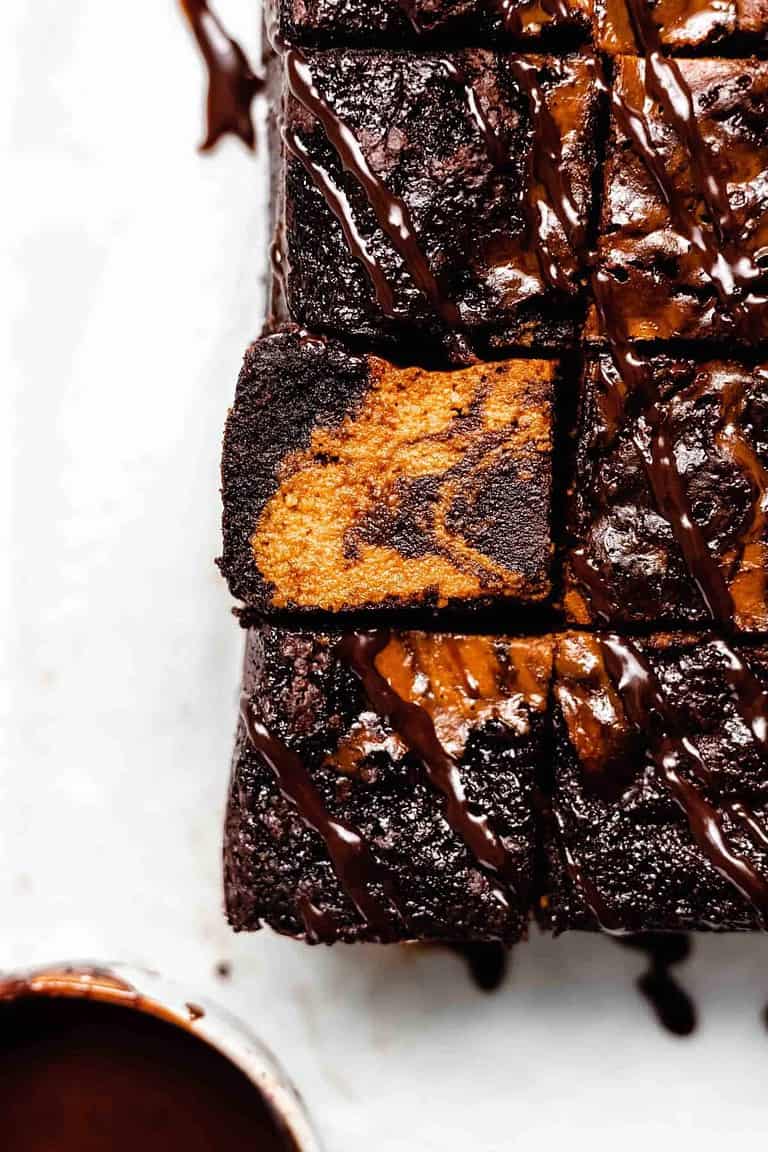 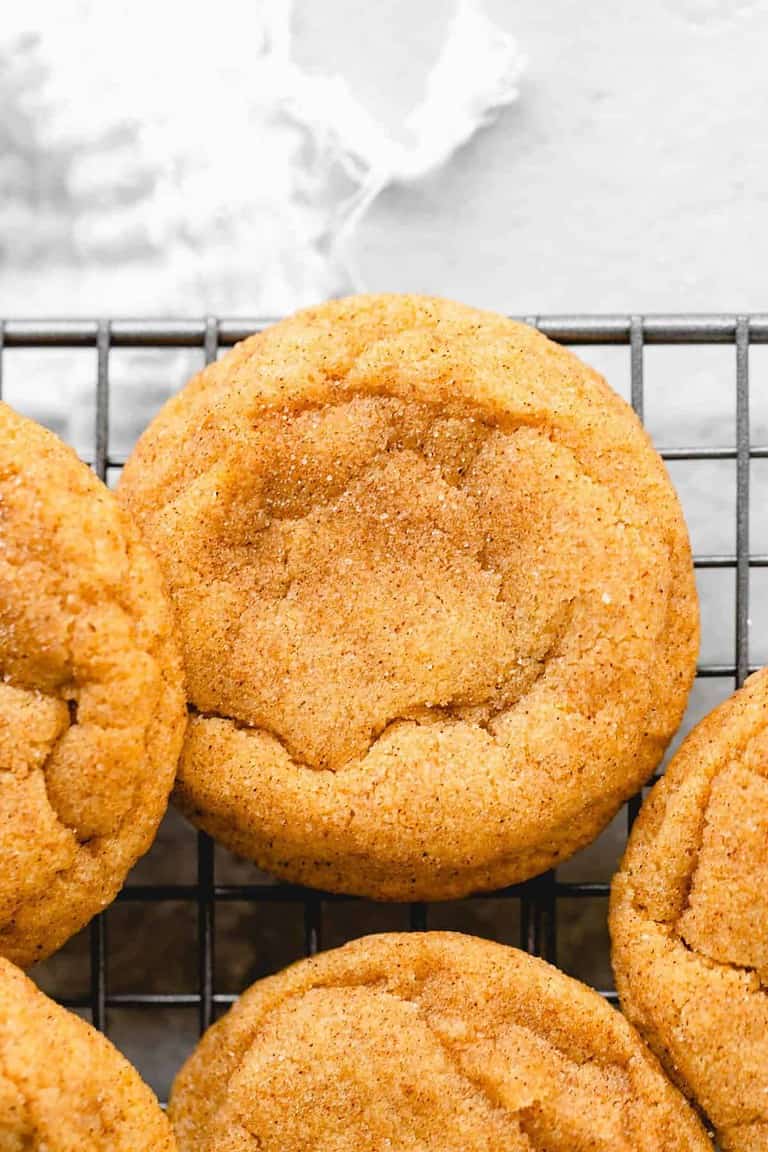 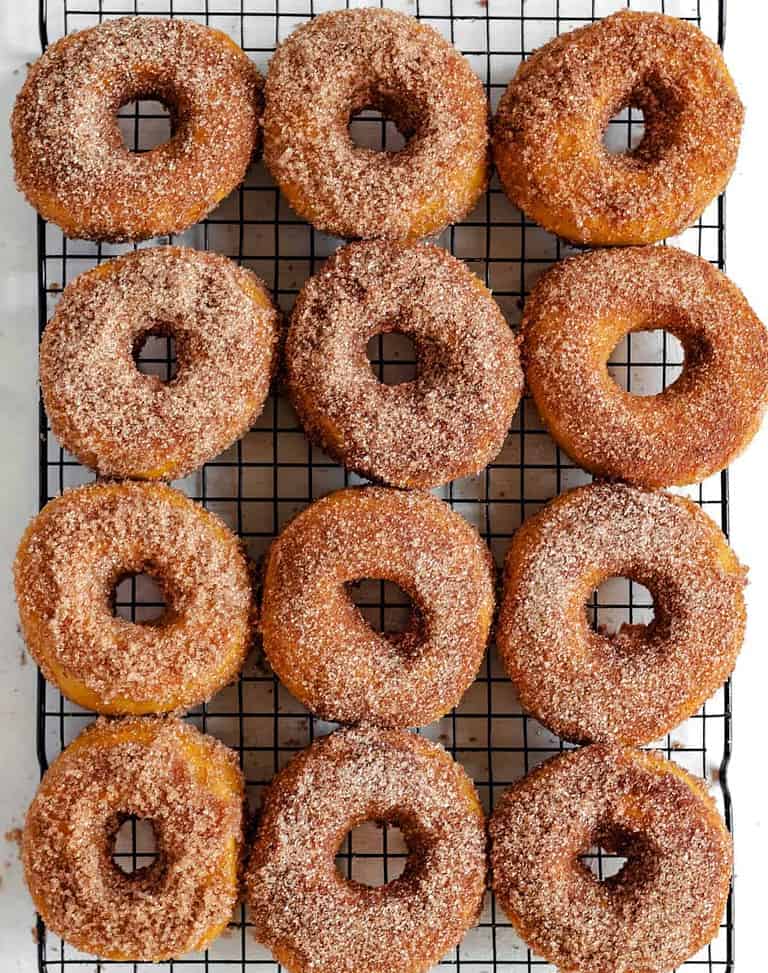 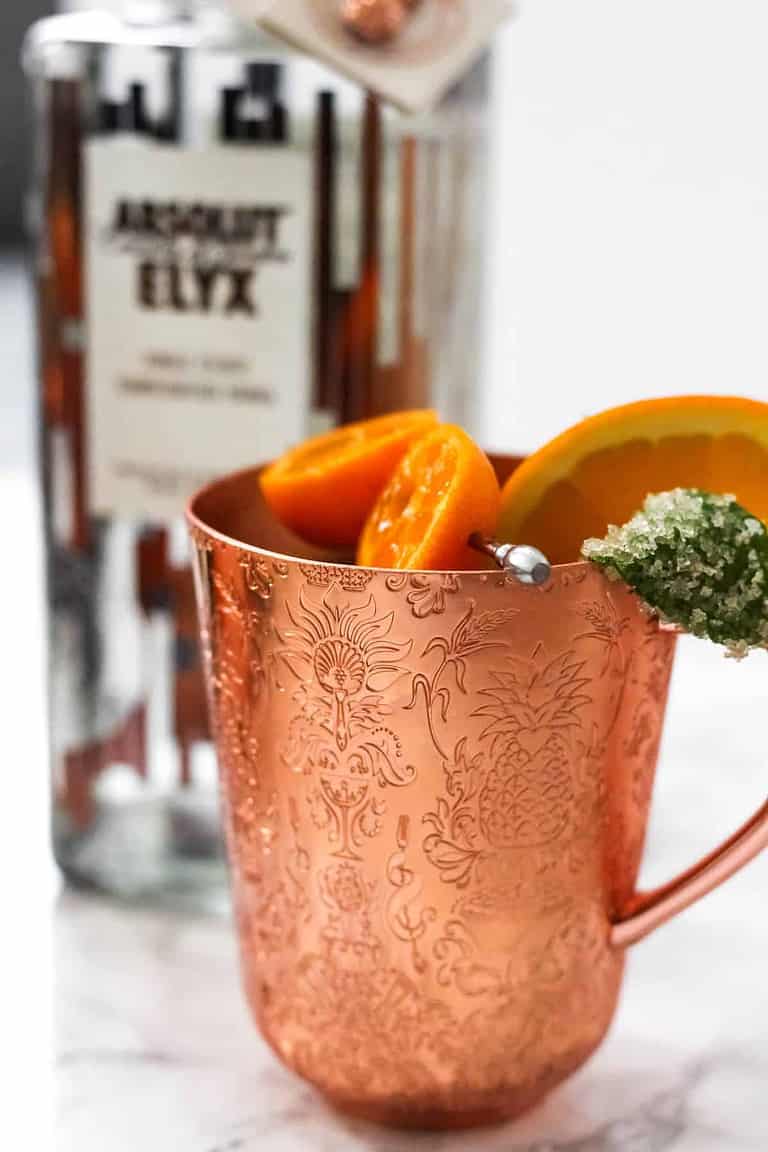 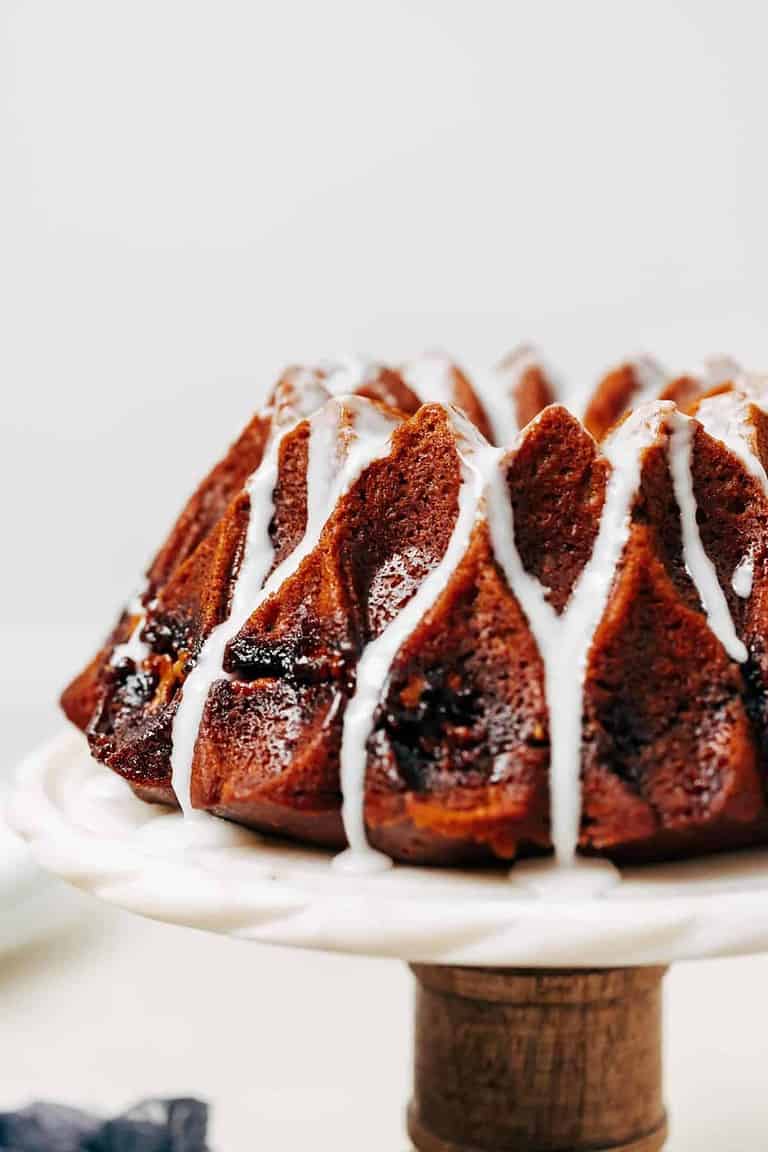 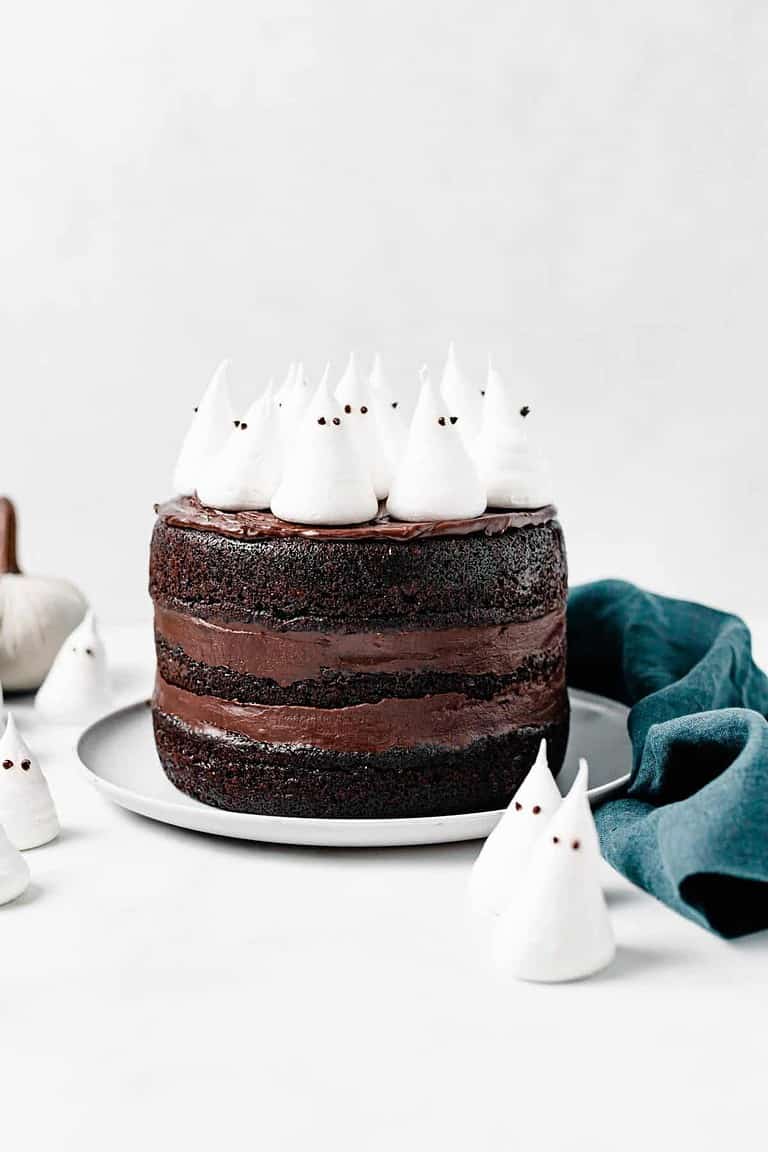 Interrupting the pumpkin recipes to bring to you t

Continuing the pumpkin recipes with these ultra fu

If you’re searching for a pumpkin dessert that i

These bulgur breakfast bowls have been a favorite

There is just something that makes a beautiful spr

getting into the Halloween spirit with these cooki