Made with fresh summer berries and a buttery crust, this American Flag Mixed Berry Pie is easy to make, delicious, and perfect for the 4th of July!

Complete with an American Flag crust! I mean, does it get any more patriotic than this?! 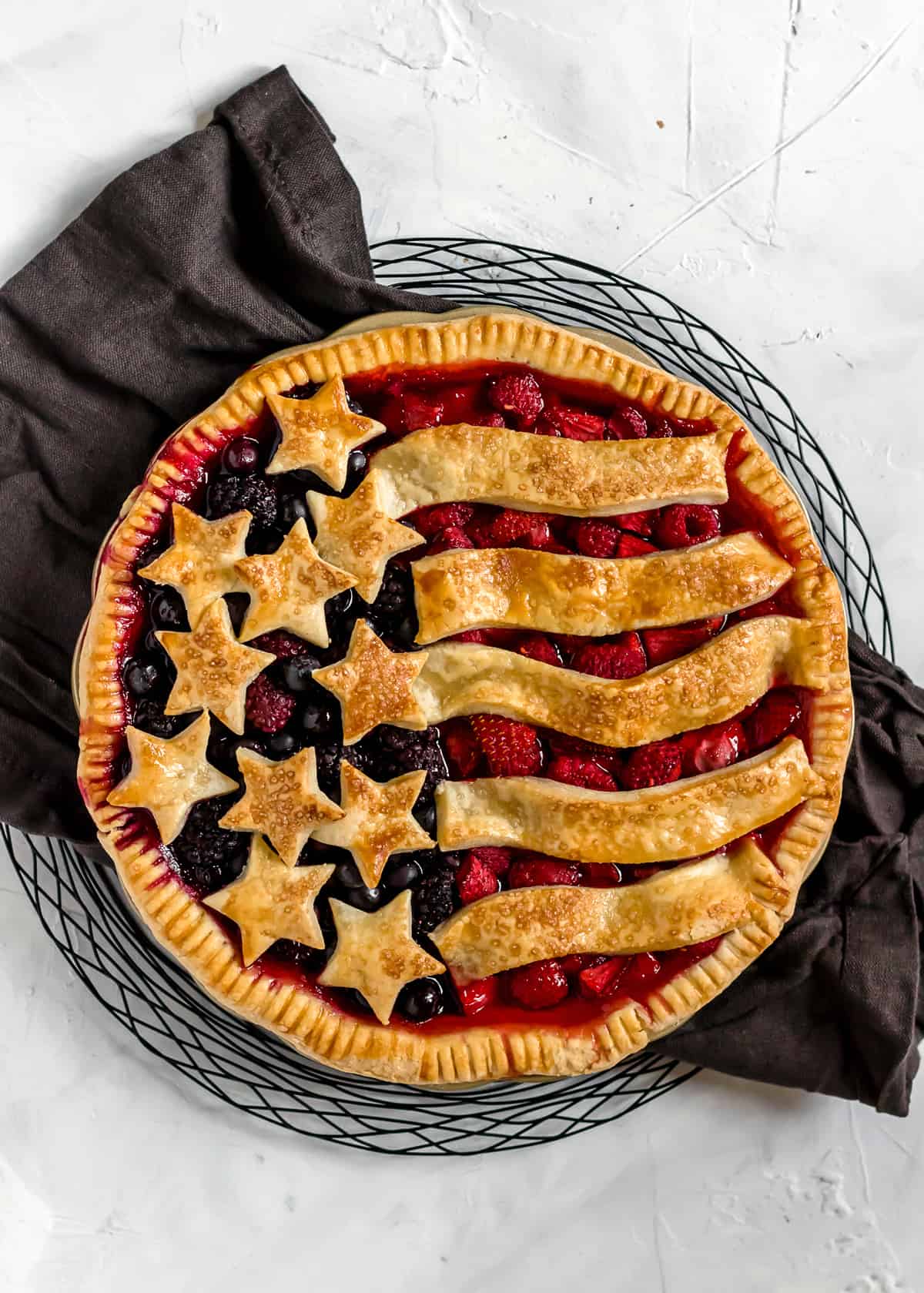 Lets begin with the filling. Its ⅓ blueberries and blackberries and ⅔ strawberries and raspberries. To make the filling, you just toss the berries with some sugar and cornstarch and a little lemon juice. Then you use a piece of folded aluminum foil to divide the pie into two sections (don't worry, you'll remove the foil before baking). When spooning the berry mixture into your pie crust, make sure to use a slotted spoon to drain off as much liquid as possible. This way you won't end up with a soggy pie. 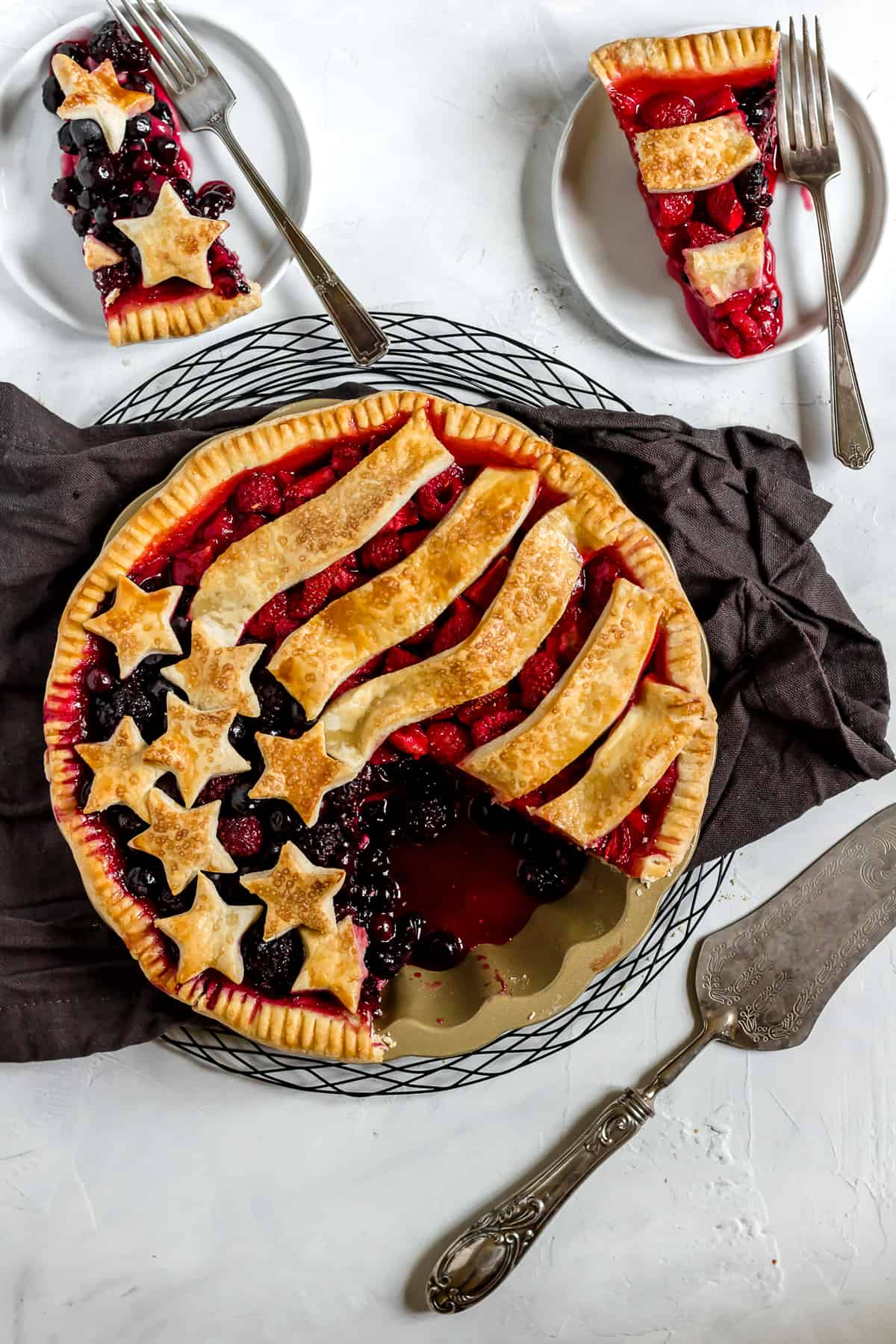 Moving onto more exciting things ... let's talk crust! It's buttery and light and pretty much the most perfect pie crust ever. I used a little almond flour in it, which added a nice subtle nutty flavor. The crust takes less than 5 minutes to make in the food processor. Once you make the crust, divide into ⅓ and ⅔ sections. The larger portion will be rolled out for the bottom crust and the smaller portion will be used for the topping.Look at those stars and stripes! Aren’t they so cute? I used a small star shaped cookie cutter to cut out the stars and a sharp pairing knife to cut out wavy stripes. 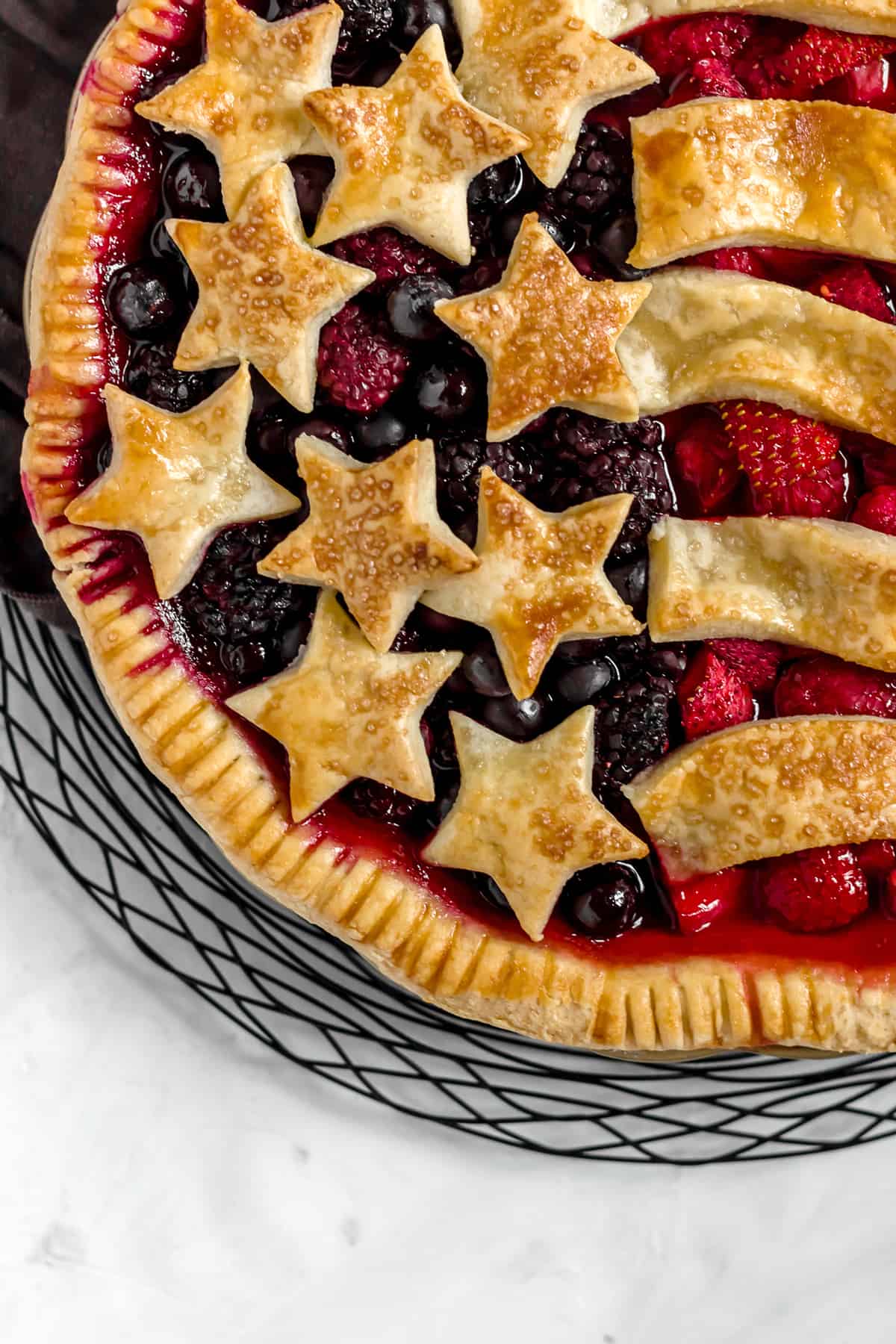 The final step is to brush the crust with an egg wash and give it a sprinkle of raw (Turbinado) sugar. Then, into the oven it goes! 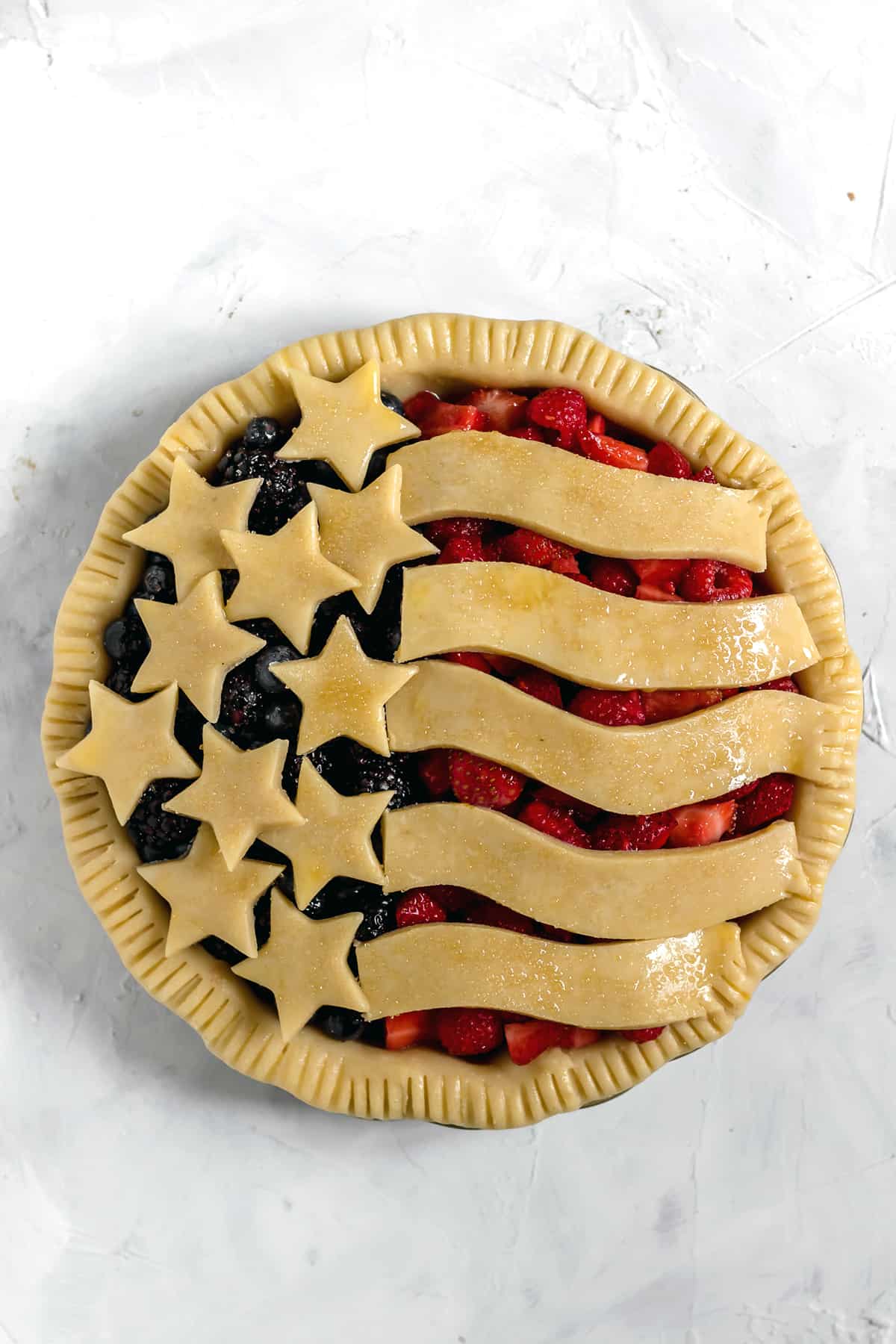 I know that a warm pie is very hard to resist, but I would recommend waiting at least 3-4 hours before cutting it so that the filling has time to set.

Have a wonderful 4th!! 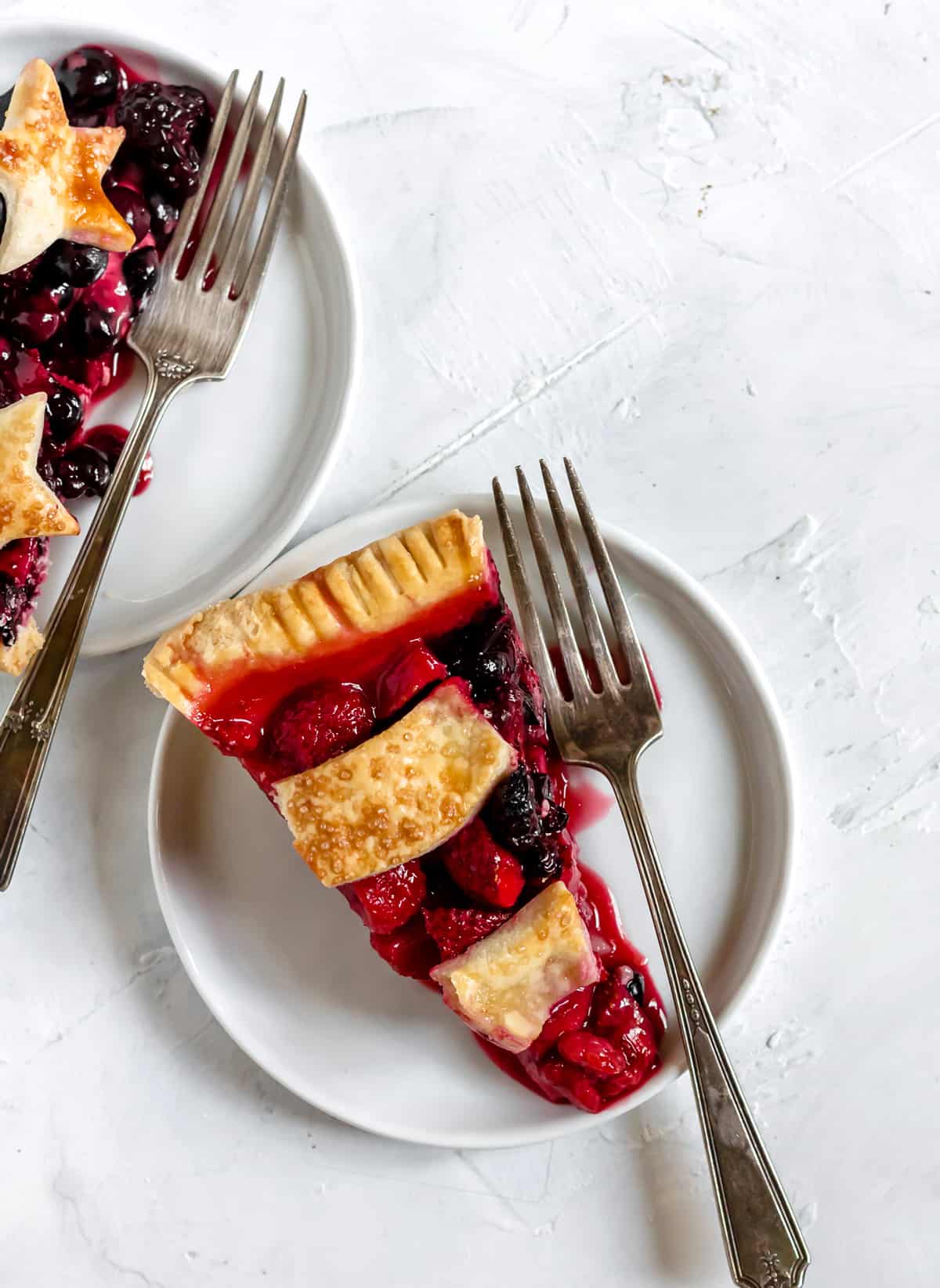 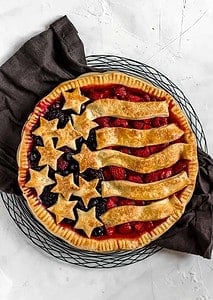 Easy American Mixed Berry Pie for the 4th of July 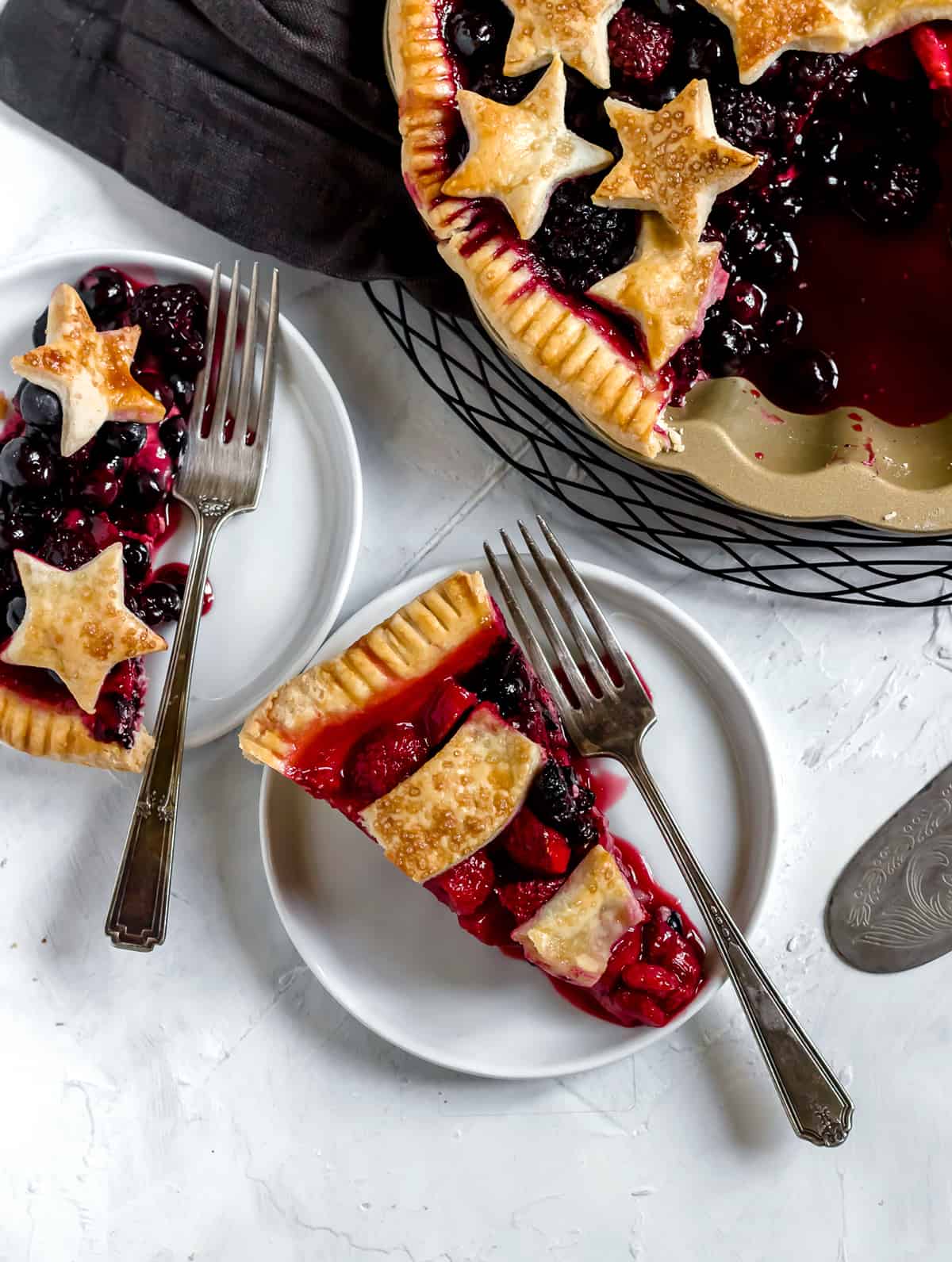 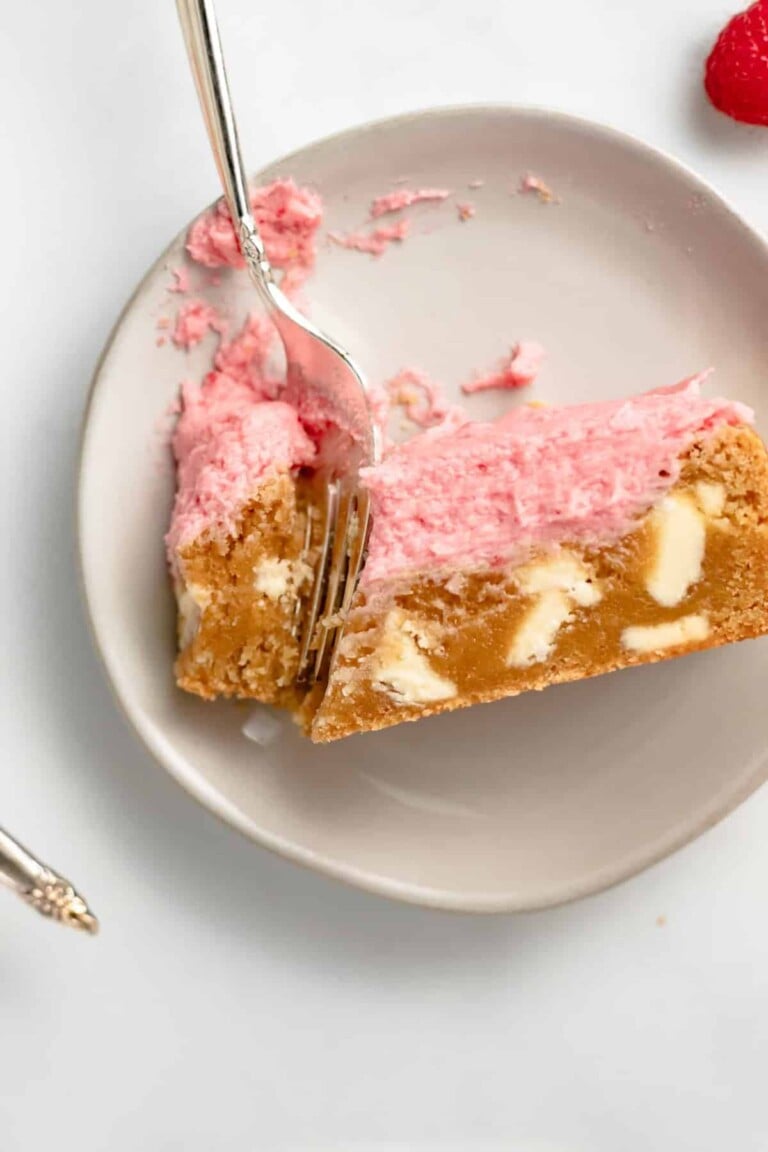 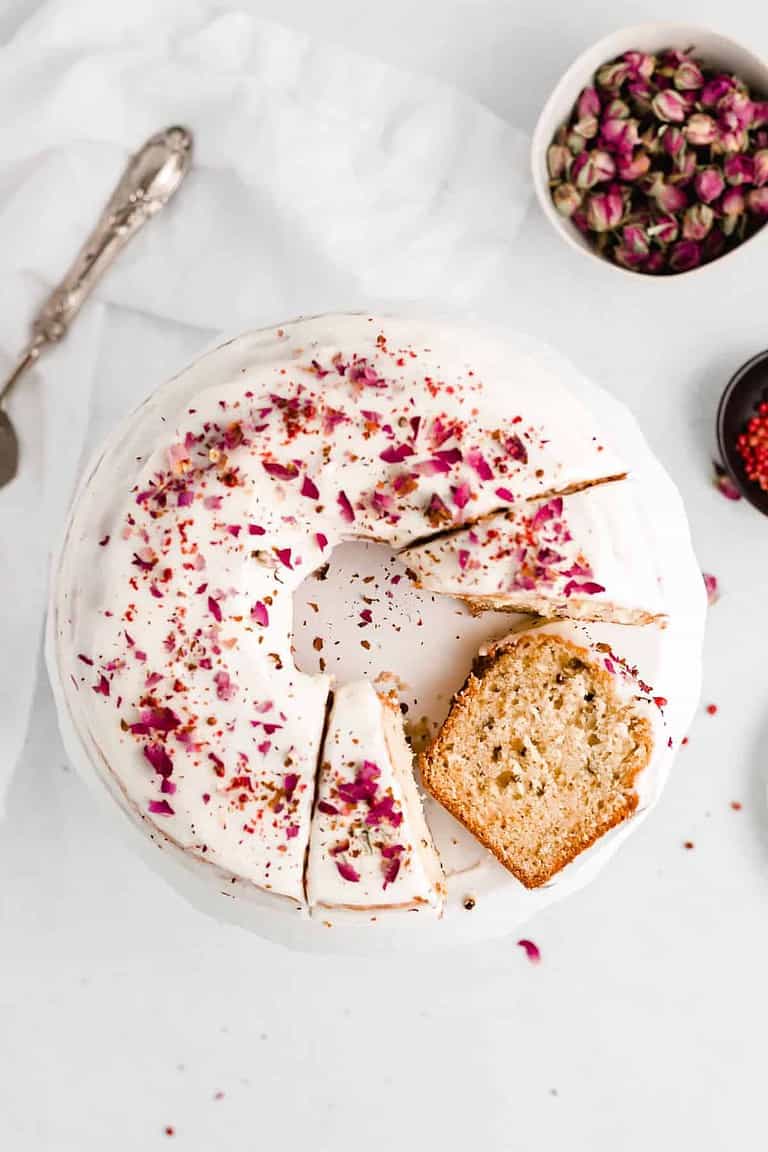 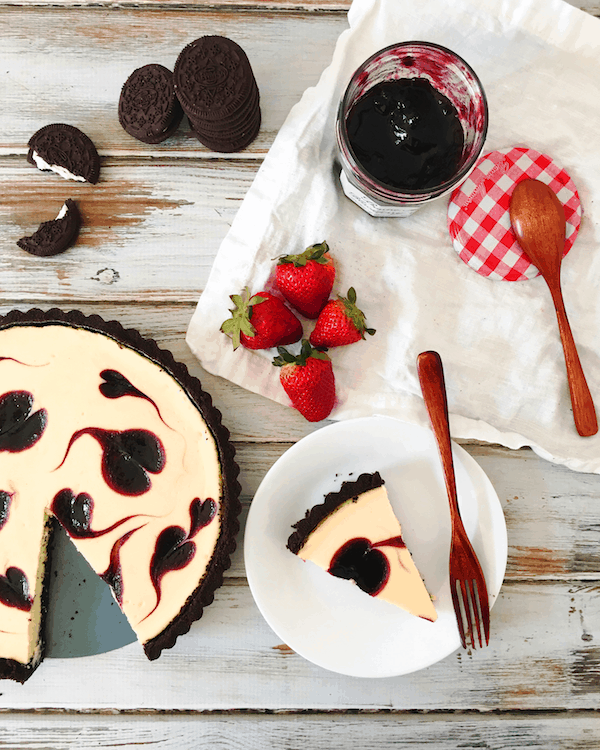 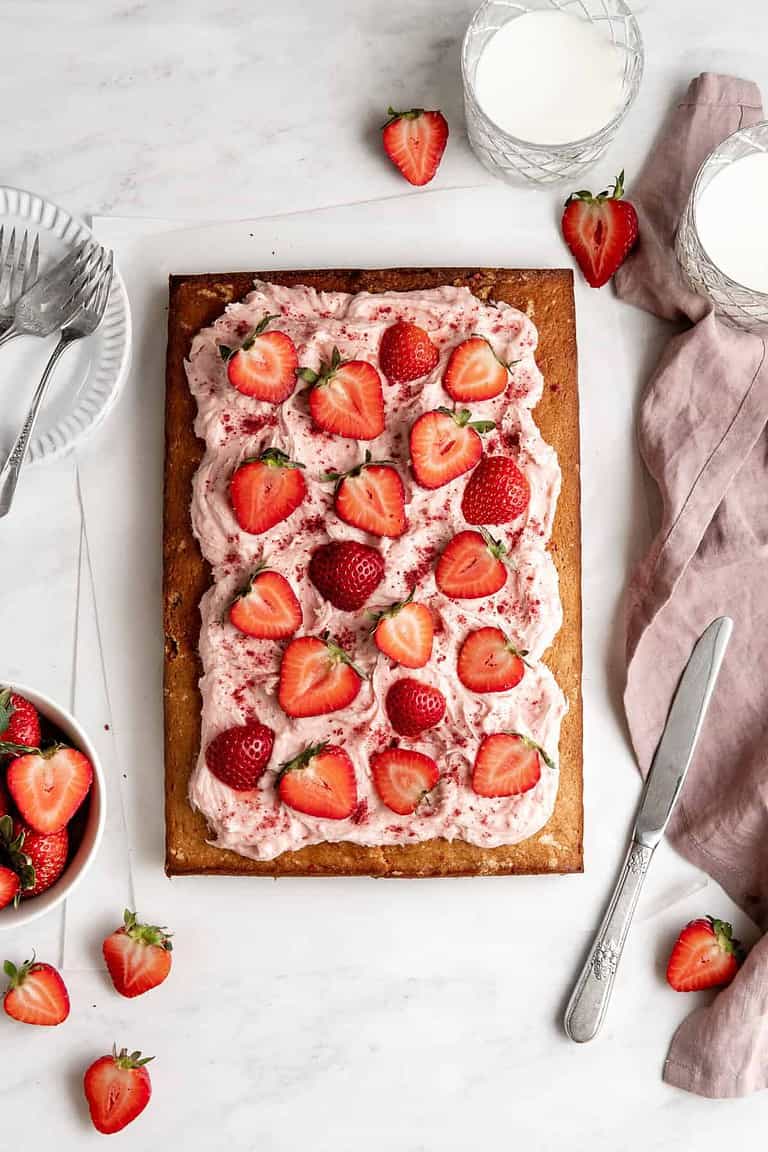